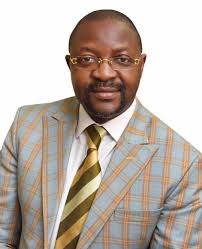 Minister Congratulates Usman for Retaining UFC Title
Encomium  has continued  to  trail the exploits of Nigerian  born pugilist Kamarudeen Usman for retaining  his Ultimate fighting  Championship  belt against  Jorge Masvidal over the weekend.
According  to a  statement  by the  Media office  of  Youth and Sports  Development  Minister Mr Sunday Dare, Usman’s win is not only inspiring, but a confirmation  of the never say die Nigerian  spirit .
” A big congratulations  to Usman for making Nigeria  proud by retaining  his Ultimate fighting Championship  title against  Jorge  Masvidal. His tenacity, courage and consistency  is typical  of the Nigerian spirit  of never giving up. He is not ony a worthy  champion, but a great Nigerian in whom we are all proud.  Once again  he has shown that  he is  not
just  a  patriot, but an embodiment  of  a great athlete who has projected the image of our dear country before the whole world positively. .  You are indeed a great Ambassador of Nigeria” the statement  concluded.
Usman retained  his title via unanimous  decision  in Abu Dhabi on Sunday.
The fight was almost  called off due to  disagreement over pay.
Masvidal was named as a last minute replacement to his earlier  challenger Gilbert Burns who pulled out after he tested positive  for Covid-19.
The feat was Usman’s 11th successful win  in 3 title defence in the United Arab Emirate.
Usman earned $600,000 appearance  fee and $40,000 as incentives, while his challenger got $500,000.
The Nigerian  Nighmare has won 16 of his last 17 fights, losing only to Jose Caseres in 2013.
MEDIA OFFICE OF THE HONOURABLE MINISTER OF YOUTH AND SPORTS DEVELOPMENT