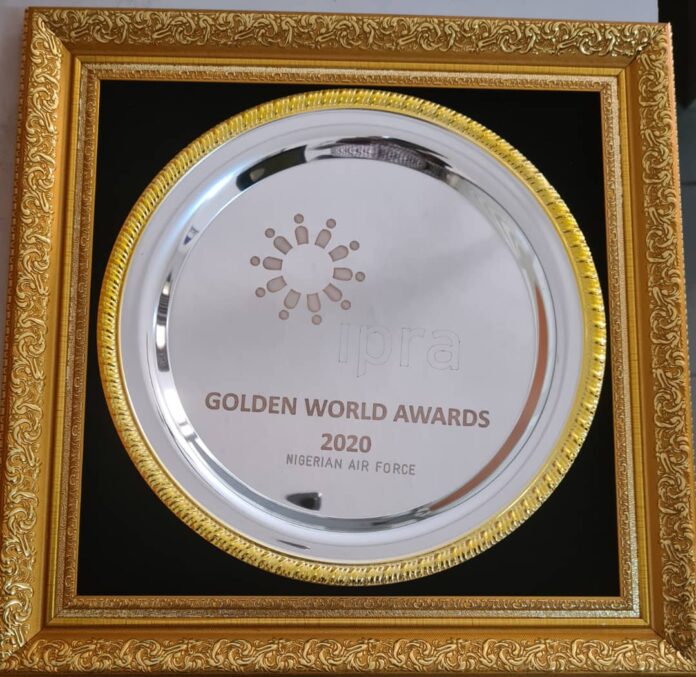 Still on NAF, Military and Gender-Balancing
By Isah Ismaila Gagarawa,

Efforts of the Nigerian Air Force (NAF), under the stewardship of Air Marshal Sadique Abubakar to remain the most professional, gender-sensitive, and powerful aerial militaire on the continent, is undeniably visible through its planned programs of actions.

Ensuring and inspiring the principles of integrity, excellence, and enhanced service delivery has been a core priority of the visionary Chief of Air Staff, Sadique Abubakar.

Equally, he has succeeded in dispelling the stereotypical notion that the Nigerian Air Force, which is the most professional and largest in sub-Saharan Africa, has no place for women in combat zones and special duties. This, he has achieved by providing uniform and favorable circumstances for both male and female personnel to realize their potentials.

The result of this is evident in NAF bagging the prestigious Golden World Award (GWA) for Excellence in Crisis Communication Management from the International Public Relations Associations (IPRA).

Similarly, it has also emerged among the major winners of the 2020 African Public Relations Association (APRA) for the Public Sector/Government Category Awards for Superior Achievement in Branding Reputation and Engagement (SABRE).

These giant strides were recorded as a result of its campaign through the documentary tagged, “Women of War”. The campaign unveiled NAF’s strategic initiatives to empower women in roles presumed to be beyond them as a result of cultural misconceptions.

Unfortunately, NAF lost one of the dominant faces of the campaign, Flying Officer Tolutope Arotile to a motor accident early this year.

The speedy reorganization and transformation of NAF within 5 years period, is highly commendable. This shows the administrative capacities and collective competence of both the CAS and his subordinates.

The establishment of the new Geospatial-Intelligence Data Centre, as well as the enhancement of Intelligence Surveillance Reconnaissance (ISR), has improved intelligence gathering and dissemination for actionable intelligence activities for our Armed Forces and other security agencies.

Notwithstanding, the continuous bombardment and fight against banditry in the Northwest and terrorism in Northeast, training of Air Provost personnel in advanced forensic crime scene investigation, winging of new pilots, capacity building, increased capability, and adequate personnel welfare; can only be right to say NAF has not only projected its airpower beyond Nigeria, but the African continent.

Therefore, it is only appropriate for patriotic Nigerians to congratulate and compliment the efforts of not only the Nigerian Air Force, but the entire Armed Forces and security personnel in a bid to relentlessly curb insecurity and restore peace in the country.