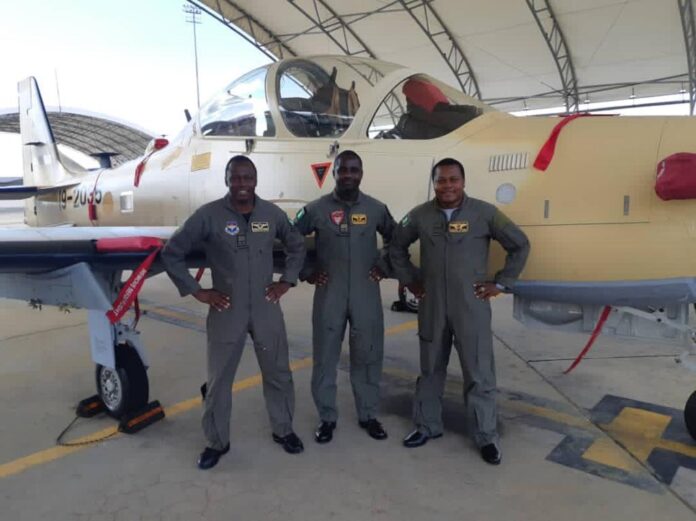 The attention of the Nigerian Air Force (NAF) has been drawn to media reports insinuating that the subsisting contractual agreement between the Nigerian Government and the United States of America (USA) for the supply of 12 A-29 Super Tucano aircraft, for which payment has been made, is in jeopardy due to “bad runway” at the 407 Air Combat Training Group (407 ACTG), Kainji. The NAF wishes to state that the reports, which were purportedly drawn from remarks made by the Vice Chairman Senate Committee on Air Force while briefing the Senate Appropriation Committee on the 2021 NAF Budget proposal, were clearly taken out of context.

2.    For the avoidance of doubts, it is necessary to state that the A-29 Super Tucano aircraft project is on track to be delivered on schedule and in accordance with the Terms of the Contract. Currently, 6 of the expected 12 aircraft have been produced and are presently being employed for conversion training of 6 NAF pilots who are in the USA, along with 26 NAF engineers, technicians and logisticians, who are also undergoing various trainings on the aircraft as part of the provisions of the Contract. Another set of 35 personnel are also scheduled to join them early next year. In addition, a team from the USA is currently in Kainji overseeing the construction of critical infrastructure provided in the Contract ahead of the delivery of the aircraft.

3. Meanwhile, the about 40-year old 407 ACTG Kainji Runway, which has been in use for more than the number of years estimated as its lifespan, has been earmarked for resurfacing. In this regard, the National Assembly, through the Senate and House Committees on Air Force, as well as the Federal Government are working assiduously to secure funding for the resurfacing. The United States Government, on its part, has also assured of its commitment to delivering the 12 aircraft within the agreed timelines, while the NAF will continue to work to emplace necessary infrastructure to ensure that the aircraft can be effectively utilized immediately they arrive the Country.

4. The NAF therefore wishes to appreciate both the Senate and House Committees on Air Force and other agencies of the Federal Government for their continued support that has enabled the Service to fulfill its constitutional roles. Similarly, the NAF is grateful to the United States Government for its support and commitment towards ensuring the success of the Super Tucano project. Whilst also thanking the media for their usual support, the NAF wishes to urge circumspection in reportage in order not to raise unnecessary alarm.