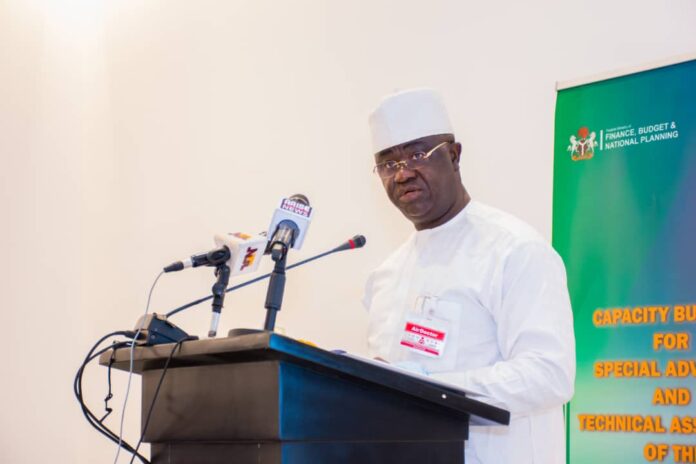 It is the responsibility of the Permanent Secretaries to support the general policies and priorities of government since governance in any nation is about the development of political and administrative structures.

These structures are used for the achievement of national development in terms of infrastructure and the attainment of peace and political stability.

Agba said that participants at the programme would learn some key issues on mindset-change because doing things the same way would always deliver the same results in dealing with concepts and issues.

According to him, “mindset without doubt, is the greatest asset; it is worth more than any financial or business training. it is more valuable than any degree or any education.”

He also said that the programme could not have come at a more auspicious time than now that the Federal Government was in the process of developing Medium-Term National Development Plans (2021-2025 & 2026 -2030) and long-term (perspective) plan, christened Nigeria Agenda 2050.

He assured that the plans would ensure economic stability, national development and good governance.

The Minister therefore urged participants to utilise the opportunity to exchange information as well as engage in social networking to share ideas and experiences among themselves.

This, he opined, would entrench friendships that would be useful for many years to come.

Head of Civil Service of the Federation, Dr Folashade Yemi– Esan, in her keynote address, stated that the essence of the retreat was to enhance better interpretation of their roles as Permanent Secretaries and further discuss matters that pertained to development planning, reform management, good governance, accountability and transparency, among others.

She mentioned that a major highlight of the retreat had to do with succession planning, strategies and objective settings in the Federal Civil Service, which had become imperative for government to re-orient the work force and improve the value system.

She added that effective succession or talent-pool management concerned itself with building a series of feeder groups of officers throughout the entire leadership pipeline or progression.

Yemi-Esan further tasked participants with respect to on- the -Job coaching, mentoring and guidance, which were measures to achieving  desired objectives and aspiration regarding succession planning.

“The role of Permanent Secretaries, remains critical in the development of our dear country as we interface with various stakeholders as well as state and non-state actors,” she emphasized.

Earlier, in his welcome address, the Resident Representative of KAS, Dr Vladimir Krech, stated that good governance, when internalized and applied by government actors translated to respect for the rule of law, transparency, accountability, efficiency and equity, everywhere in the world.

He reiterated that the retreat would be beneficial to the permanent Secretaries in strategic planning and good governance.

He therefore hoped that the retreat would translate into a fruitful contribution to the development of the federal Republic of Nigeria..