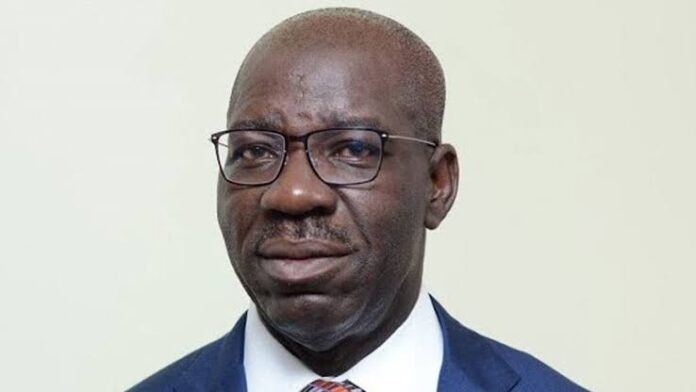 The All Progressives Congress (APC) and the

Edo state governor Mr Godwin Obaseki, All Progressive Congress APC as well as the People’s Democratic Party (PDP) will on Saturday know their fate in a suit seeking to remove Obaseki from office on account of certificate forgery.

This is following the decision of Justice Ahmed Ramat Mohammed of the Federal High Court, Abuja to deliver his judgment in the suit on that day.

The judge fixed Saturday for judgment after lawyers to parties adopted their written addresses as their arguments for and against the suit.

The judgment would be coming barely 24 hours to the expiration of the suit filed by the APC and one of its chieftains, Mr Williams Edobor.

They had dragged Obaseki to court for allegedly forging his University of Ibadan (UI) degree certificate he submitted to the Independent National Electoral Commission (INEC) in aid of his qualification for the September 19 governorship election in Edo State.

In the suit filed on July 14, 2019, the plaintiffs are asking the court to disqualify Obaseki and his party, from the poll, in the event that Obaseki was found to have forged his university certificate obtained from UI in 1979.

Obaseki had won the election under the platform of the PDP, while the APC with its governorship candidate, Pastor Osagie Ize-Iyamu came second.

Sued alongside Obaseki and the PDP is the electoral umpire, INEC.

In adopting his written address, Obaseki’s lawyer, Mr Ken Mozia, SAN urged the court to dismiss the case of the plaintiffs on the grounds that they “woefully prove” allegations made against the governor.

However, INEC’s lawyer, Mr Mohammed Bawa informed the court that the electoral umpire did not file any process because of its neutrality in the suit.

The plaintiffs through their lawyer, Chief Akin Olujimi, SAN, however urged the court court to deliver judgment in their favour, owing to the strong evidence they were able to establish against Obaseki.

In proving their case the plaintiffs called in a total of six witnesses including two Associate Professors, who tendered their individual certificates obtained from the University of Ibadan in 1978 and 1979 respectively.

But in his defense, Obaseki called three witnesses among whom is the Deputy Registrar, Legal, University of Ibadan, Mr Abayomi Ajayi, who told the court that the mere fact that some parts of the original of Obaseki’s degree certificate from the UI were missing in the photocopy he attached to his form EC9 and 001 to INEC did not amount to forgery.

PDP and INEC however did not call any witness, although the PDP had based its refusal to call witnesses based on time constraint while INEC insisted on its neutrality.