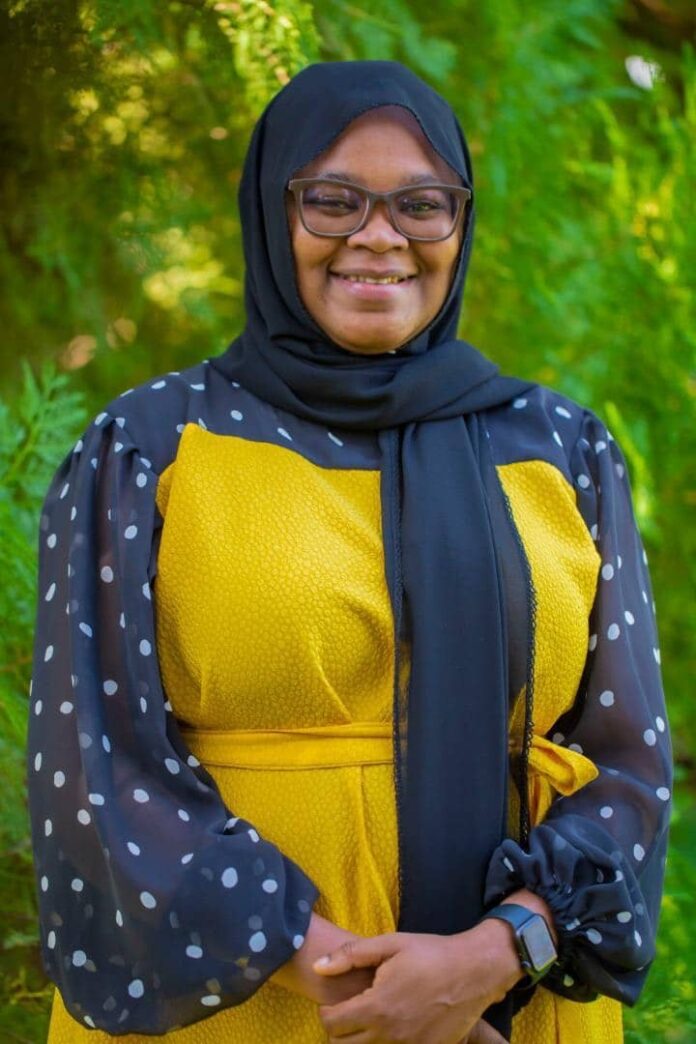 Musu Bakoto Sawo, a Gambian changemaker and tireless women rights advocate, has emerged winner of the 2020 Daily Trust African of the Year award.
A seven-member award selection committee led by the former President of Botswana, His Excellency, Dr. Festus Mogae announced her as the winner on January 4, 2020 after rigorous virtual selection meetings which commenced on December 10, 2020.
Musu, a 30-year-old lawyer, won the 2020 award for her continuous commitment to ending violence against girls and women including child marriage and female genital mutilation. Married at the age of 14 and widowed at 21 with no inheritance, Musu, who had also gone through female genital mutilation as a child, still strove to earn quality education that has catapulted her to her current position as a university lecturer, who is also striving to address the injustices that women face daily across Africa.
She uses her experience in capacity building, research, networking, programme development to engage with human rights mechanisms and grassroots, national, regional and international organisations and platforms. “I say to the girls: come out and be the change that you can be because your children may be victims,” says Musu while explaining her motivation.
Musu started advocating for girls’ rights at age 9, including against child marriage, which she fell hostage to 5 years later. She lectures at the Faculty of Law, University of The Gambia (in international human rights law).
National Coordinator for Think Young Women, she is a recipient of the 2017 Vera Chirwa Award (from the Centre for Human Rights, University of Pretoria. South Africa; recognized as one of the 100 most influential young persons in West Africa by the Confederation of West African Youths in 2018; and a recipient of ‘Inspiring Gambian Award 2018’ by the People’s Choice Award for Excellence in The Gambia.
A key consideration for Musu Bakoto Sawo’s selection was that in this period of COVID-19, women have been particularly impacted negatively, especially during the lockdown when a lot of husbands lost their jobs, resulting in, among other tendencies, domestic violence in the homes.  So, with Musu championing the rights of women in any part of Africa, which is largely a traditional society, she is deemed to be promoting a great cause, and therefore found worthy of selection for the award. (The prize winner is available for interviews at: [email protected], from Mondays to Wednesdays after 2:00pm GMT and from Thursdays to Fridays, after 10:00am GMT).
Chairman of the selection committee, His Excellency Mogae said “Musu Bakoto deserves the award for her continuous work to end violence against girls and women, including child marriage and female genital mutilation”. He congratulated her for emerging the winner of the prestigious Daily Trust African of the Year Award for 2020.
About the Daily Trust African of the Year Award
The African of the Year Award project was instituted in 2008 by Daily Trust, one of Nigeria’s leading independent newspapers, in line with its commitment to African unity and sustainable development, to recognize and reward annually, an exemplary African who has made extra-ordinary contributions to human development in any part of the continent, and in any sphere of human endeavour. Africans who have distinguished themselves in their various walks of life or do charity projects that are of positive impact to the continent’s people have since then been recognised for the award.
Congolese medical doctor, Denis Mukwege is the first African of the Year award winner in 2008. Exactly 11 years after the Daily Trust recognition, Dr. Mukwege won the Noble Peace Prize in 2018, for his wonderful work of treating women who had been abused and raped in his war-torn country.
The award winner is selected by a seven-member pan-African committee chaired by His Excellency, Dr. Mogae. Other members of the Advisory Board/Prize Committee are: Ambassador Ms. Mona Omar (North Africa), Ms. Gwen Lister (Southern Africa), Mr. Amadou Mahtar Ba (West Africa), Pastor Rigobert MINANI BIHUZO (Central Africa), and Mr. Kabiru Yusuf (West Africa).
The award comes with a cash prize of $10,000. The presentation of the award will be done sometime in March, this year, in Banjul, The Gambia.