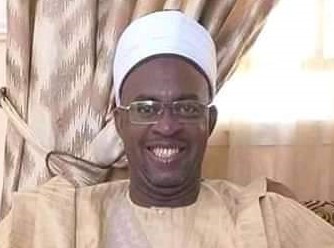 The Police Command in Adamawa State has confirmed the release of the prominent traditional ruler, Ardo Mustafa Ahmadu abducted by gunmen on Monday.

The monarch was kidnapped on Monday around 12midnight in Mayo Farang, a few hours after his return from Abuja.

Ardo Mustapha, is the District Head of Mayo- Farang and Sarkin Noman Adamawa.

The Public Relations Officer of the Adamawa State Police Command, Mr Suleiman Nguroje, confirmed the release of the monarch on Wednesday.

Nguroje , said that the ruler, who has been reunited with his family, is in good condition.

The spokesman said, however, did not mention any arrest but stated that investigation was going on to find the kidnappers of the traditional ruler.

“Glory be to God, he has been rescued and an investigation is going on to find the kidnappers of the traditional ruler and very soon we will update you,’’ he said.

For now, it’s not yet clear whether ransom was paid or not, before his release.

BELOW WAS THE PREVIOUS REPORT ON THE KIDNAP

Reports say that the monarch was kidnapped on Monday around 12midnight in Mayo Farang, in Mayo Belwa local government area.

Ardo mustapha, is the District Head of Mayo- Farang and Sarkin Noman Adamawa.

“He was kidnapped in Mayo- Farang, he just returned from Abuja, after Ishai prayer.

“There was much exchange of fire between them and some vigilante or palace guard.

“This is unfortunate, and the kidnappers they are yet to contact the family in this early morning, ” said a frightened resident.

We are trailing them – Police

“On getting the news of the abduction of the traditional ruler, police immediately swung into action and the commissioner of police had tasked personnel deployed to rescue him.

“They (gunmen) are being trail and by God’s grace he will be rescued, ” police assured.

To this end, the police image maker prevailed on the need for residents to assist in providing useful information that could help in tracking down bandits and other criminals now plaguing the society.

“Security is for everyone, so people should also help by providing useful information or reporting any suspicious persons around them,” Nguroje urges.