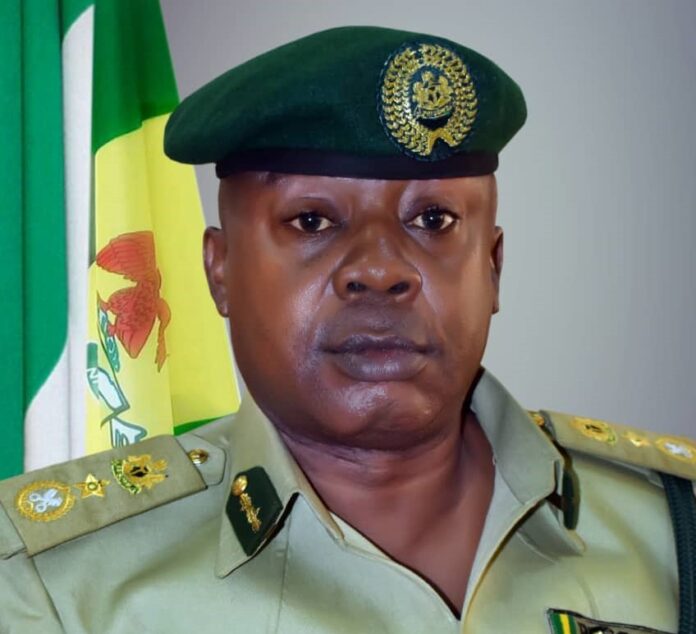 John Mrabure who until his appointment was in charge of the Human Resource Directorate of the NCoS, became a DCG in July 2019 when President Muhammadu Buhari approved the promotion of 10 senior officials of the paramilitary agencies under the Ministry of Interior.
PRNigeria reports that DCG Mrabure takes over from Comptroller-General Ja’afaru Ahmed, after the expiration of his twice extended tenure.

President Muhammadu Buhari had extended the tenure of Jaafaru for one year from July 21, 2019, to July 21, 2020, before the Minister of Interior, Mr. Rauf Aregbesola gave him another 6 months extension which expired on January 21, 2021.

The tenure of Jaafaru Ahmed witnessed innovative reforms in the prison service including human rights compliance, infrastructural development and welfare of staff and inmates.

PRNigeria gathered that the Interior Minister, Mr. Aregbesola approved the acting appointment of Mrabure as the most senior officer in the service.

Meanwhile, the pull-out ceremony for the outgoing CG is scheduled to take place on Thursday 21st January at the NCS Headquarters in Abuja.