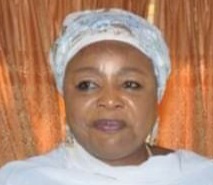 Members of the Federal Character Commission (FCC) are locked in a ‘battle’ with their Commission’s Chairman, Dr. Muheeba Farida Dankaka less than six months after their appointments in June 2020.

They have leveled allegations of corrupt practices, abuse of office, subversion of the provisions of the 1999 Constitution (as amended), FCC (Establishment Act), rules for plenary 2015, and illegal arrogation of powers against Dankaka.

PRNigeria gathered that the members, who identified themselves as Concerned Commissioners have already forwarded a petition to the Independent Corrupt Practices and other Related Offences Commission (ICPC).

The duo of Mr. Augustine Wokocha and AbdulWasiu Bawa-Allah, who signed the petition on behalf of their colleagues, noted that since they assumed duty, the Chairman has been committing one form of grave infractions or the other, while also disregarding their advice and cautions to her.

“We gathered that one of the malfaesances, perhaps the most egregious is her unilateral decision to employ 22 people of whom 50% of them are not only from her State, but from her senatorial district,” they said.

The Commissioners’ representatives, added that Dankaka also awarded the sum of N35,706,002, to a contractor for a media advert, which was over and above the budgetary provision of N7,409,534 for publicity and advertisement.

They said: “Even the content of the media advert was shallow and thereby require a thorough investigation to determine the actual cost expended on the advert.”

According to Wokocha and Bawa-Allah, the job racketeering status for which their Commission is known for is well and alive, especially with the indiscriminate granting of waivers by Dankaka to advertise to MDAs, hence shunning the principle of federal character.

“…In a flagrant disobedience to this guideline, which is criminal in the Commission Act for anyone who flouts it, the Chairman is well known to liaise directly with CEOs, sort things out with them, granting waiver and certificate of compliance without recourse to the Commission, as enshrined in Rule 28 of the Rules for Plenary 2015, and thereby creates injury to many job seekers and in the process build animosity among Nigerians,” they said.

While calling on ICPC to probe their Chairman, they added: “We have noted with pain and disappointment that Dr. Muheeba Farida Dankaka is fond of lobbying, influencing and luring anyone or bodies of authorities that receive complaints against her. But we believe that ICPC will stand in the interest of the country, and her people at large, to get to the root of the matter by launching a forensic investigation…due to the rot in the Commission, and prosecute the culprits so as to serve as deterrent to others.”

However, PRNigeria’s attempt to get the ’embattled’ Chairman to react to the allegations leveled against was not successful.

Though her phone line could not be reached, but she has neither replied the text message sent to her number as at press time.

When PRNigeria spoke with Mr. Adamu Idris, the FCC Chairman’s media aide, he told our reporter that though he is actually not her aide, he will get in touch with the Commission’s spokesperson, who will get back.

But our reporter was yet to hear from either of them, before going to press.