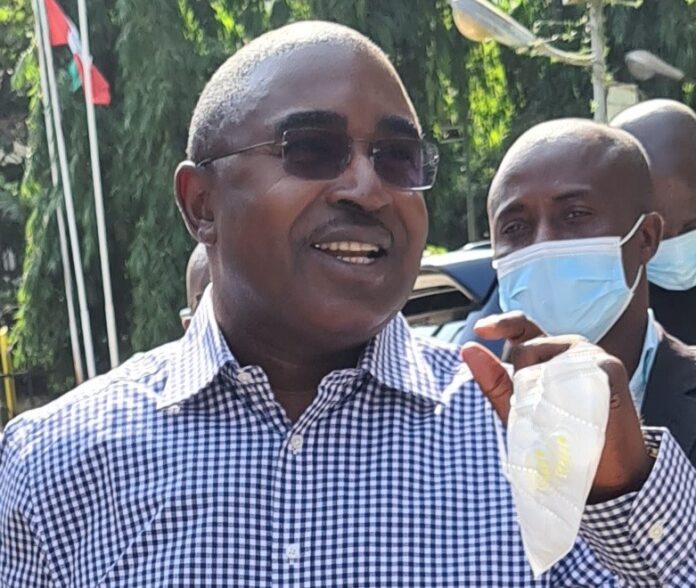 This followed the inauguration of a seven-member harmonization committee to address all forms of distortions hampering the smooth running of the Agency.

The Chairman, while inaugurating the committee noted that the step is “in keeping with the Federal Government Circulars and the present reality in the Agency that we cannot meet our objectives without raising the morale of the personnel”.

He noted that “One of my early findings is that the morale of the officers and men has dropped to the lowest ebb. I have noticed distortions in the seniority roll of the Agency. This has made the personnel to become poorly motivated.  We need a highly motivated personnel to win this war, which we must win by the grace of God.”

He further stated that “the first thing is to resolve the issue of low morale. We need to develop a proper, accurate and credible seniority roll for the personnel.

We have officers in the various commands whose promotion has been delayed for no just cause whereas the vacancies are there.  Others have been overtaken by their juniors; this is an error that must be addressed”.

The Committee has five terms of reference which include receiving memoranda from aggrieved staff members and analyzing them in line with set criteria taking into account service progression and vacancies, successes in the prescribed promotion examinations and disciplinary issues and to make appropriate recommendations that would address the agitation for harmonization. Others are: to critically examine posting stagnation and address the issues of restoration of correct ranks and seniority to those who are wrongfully denied, restore correct seniority roll and develop guidelines for career path as well as examine structural expansion of the Agency.

The Committee headed by Colonel Yakubu Bako (Rtd), Special Adviser to the Chairman/Chief Executive, has six weeks to submit its report.