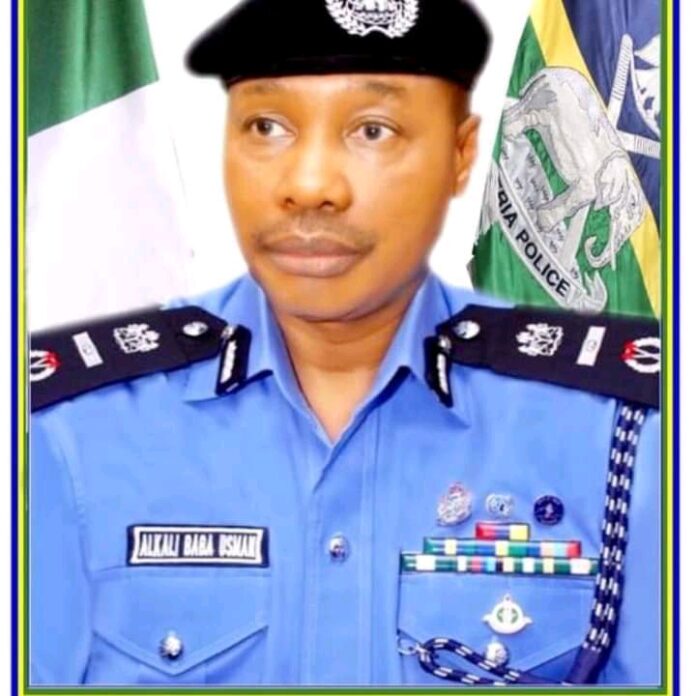 Loyalty. Morale boost. Bravery. Galantry. All these in the Nigeria Police are required in all officers and men but they have to be also encouraged. They are attributes that must not ONLY be found in officers and men, but also be seen to be built in them. Security agents generally should always be encouraged to in all ways, including but not limited to issues of justice and fairness; rule of law and equity.

This is a product of months of investigation, of course, seeing how some police officers ‘grow’ in ranks above those of their colleagues with whom they started work, graduated together or even to who they were juniors in school.

Over the years, the issue of equitable promotion in Nigeria Police has been reported not to be as fair and transparent as possible.

The gory state of things in the states is so pitiable that one wonders whether the Police Service Commission, PSC, which is charged with the responsibly of promotion, discipline, etc actually promotes fairness, encourages discipline and respect among its officers and men. One chairman of Police Service Commission after the other, the situation of promotion has been so tinkered with until the coming of retired Inspector General of Police Muslimiu Smith, when hopes were raised. Hope were raised in officers and men that the humble, no-nonsense officer was back – this time as a trainer and displinarian.

To begin with, going by nominal roles for promotion in states, while promotion should be based on records that depict date of enlistment, date of last promotion, etc, this report observed in a few state that we took sample from, that those policemen enlisted in 2001 have become seniors of those enlisted in 2000. PSC can do their findings by visiting some states and asking their men if anyone has such issue.

The reason could be due some form of manipulation of records by those in charge of processing promotion at state commands and forwarded to PSC to act on. It could also be because PSC itself does not have comprehensive list of officers and men with their correct information from each state command. To ask, how could a corporal get enlistment (or appointment) number before one who has been sergent before him? We are convinced that if the PSC conducts a survey across the commands in states, it will register complaints from those affected.

From a layman’s point of view, “Special Promotion”, should precedurally be based on outstanding performance by officers and men in line of duty. One would think that when list of officers is forwarded to PSC for special promotion, the Commission would seek to see the record of the outstanding performance such officer had undertaken before such recommendation is acknowledged and approved by the commission. Findings however show that an officer’s closeness to a more senior officer could serve as “outstanding performance”. So, you could get promoted if you are “connected”. Otherwise, a junior officer could become an inspector while you remain a corporal.

This is another problem one could say that started before Smith became chairman of PSC. It is also one story that is demoralizing for those affected. Our investigation reveals that the first and second regular cadet of POLAC, who were commissioned by the President in 2018 and 2019 as Assistant Superintendent of Police, ASP II, respectively, eight years after the proposed date of enlistment by PSC and three years after commissioning, these cadets are still unconfirmed ASPs.

INTERESTINGLY however, Musa Muhammad Adamu, one of the sons of the immediate past Inspector General of Police, Muhammad Adamu, who was a student of Cadet ASP Course 27 and trained for 11 months at Police Staff College Jos, is now Deputy Superintendent of Police, DSP. He was was recruited alongside his mates in December 31, 2016, trained and commissioned on December 11, 2017. Adamu junior is presently the ADC to Nasarawa state governor. What this situation explains is that the POLAC cadets, who trained for five years, have spent eight years with one star (ASP) while Adamu jnr and a few other ‘Jos Cadets’, who trained for 11 months, have only spent three years with three stars (DSP). One wonders why this will not promote indiscipline as well as dampen the morale of those disadvantaged young officers.

Further investigation reveals that as at the time of publishing this report, neither has the POLAC cadets’  confirmation been released by the PSC nor has their appointment letters been issued. It is the appointment letters that would enable them know their substantive dates of enlistment into the Force as well as their dates of retirement. Now, these young officers have spent eight years in service without confirmation and without promotion. This is in spite of the fact that the first regular course took and passed their confirmation exam August, 2019. What maturity for confirmation or promotion would one be talking about?

When ASHENEWS contacted the PSC to request for explanation on the following:

The PSC in its response through its spokesperson, Mr Ikechukwu Ani read as follows: “With reference to your inquiries, please, this is the information at my disposal:

“They have remained ASP’s because they were yet to mature for promotion. Their promotion would soon come because they have just taken the confirmation exams.

“They graduated in December 2018 and needed two years before having their confirmation, which comes before promotion.

“They are yet to get their appointment letters because they are demanding that it should be based on the year they passed out and not the year they entered the college. The Commission will soon iron out this with the Force Headquarters. Hope it meets your request,” PSC’s response reads.

It is only humanly and morally sensible for the Minister of Police Affairs to see to it that the Chairman, Police Service Commission issues these set of officers with their appointment letters as well as promote them to their due and substantive ranks in order to awaken thgeir spirit and morale in discharging their constitutional duties in line with presidential agenda for a better and safe Nigeria.