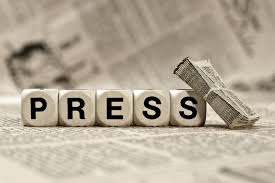 Press Freedom: The Case for Regulation By Abdulhamid Babatunde

When all is said about the taming of Twitter by the Federal Government my hope is that there will be a rapid realization that a lot that needs to be done to make the media environment in Nigeria conducive for the timely restoration of security, peaceful coexistence and national development.
My reference to the taming of Twitter is a clear indication of my support for the imposition of restraint and responsibility on the unregulated operations of a private foreign propagator of information that has proved to be detrimental to a developing country that is grappling with the inevitable and well-known challenges of nation-building.

What on earth happened to the concept of development journalism that was purposely promoted for providing an enabling media environment for developing countries to thrive?

My concern here is the orchestrated response of the local media stakeholders to the no less timely revitalization of the regulatory role of the Nigeria Press Council, hitherto missing in action. It is indeed worrisome to witness a departure from the principle of inherent plurality of opinion which the Press once upheld by recognizing that there are (at least) two sides to any story.  Today, all media stakeholders are as opposed to the taming of foreign Twitter as they are to the functional relevance of the Nigeria Press Council, in scant regard for implications unregulated private media operations on national unity, peaceful co-existence and sustainable democracy.

You don’t need to be an “analyst” to realize the overwhelming prevalence of private media with parochial and political agenda at the national level of agenda setting, apart from the entrenched imbalance in distribution of media generally between the regions.

This media geography is further defined by a depressed Federal interest especially in the print sector where the political elite roost and rant about their vested interests.

The Federal stake here is critical to the extent that the institutions of national government (aka 3 arms) fall under its responsibility for sustenance of sovereignty, irrespective of transient political composition.
When you add the foreign controlled social media no-man’s-land to this disequilibrium you get a larger picture of the skewed media status quo as well as the vulnerability of the central government together with its burden of national sovereignty to potentially hostile media siege or take-over bid by intense propagation of a combustible combination of fake news, hate speech, bias and other forms of inciting manipulation of media content.

So when the private media dominated stakeholders of Nigerian media congregate to oppose revitalization of the Nigeria Press Council’s regulatory functions and  vigorously advocate “independence of the media and freedom of expression” it is unlikely that they are solely motivated by national interest, especially when their declared interest  complements the politics of opposition and secession. It is nevertheless beyond contention that were the opposition to find themselves in government at the centre, they would spare no effort and damn the consequences to jealously guard and uphold the sovereignty of the country which would by then conveniently camouflage “regime survival” that is today flagged as anathema by “independent Press.”

I have always contended that the nearest to a professionally-inclined independent newspaper may be found in “NUJ Times” if and when the journalists can muster the wherewithal to run a national daily as a standard-bearer for not just independent but , more importantly, objective, fair, fact-driven and  nationalistic journalism. This is not a blanket endorsement of the immunity of the NUJ from parochial inducement but rather an expression of confidence in the capacity of its members to resist and reject editorial compromise. Similarly, the issue of geographical imbalance and federal media deficit is a self-inflicted disability just as the prevalence of privately owned media where this subsists is obviously a strategic choice of the beneficiaries. But the implications on dynamics of national media coverage and impact on governance and sovereignty cannot be wished away, just as the federal government cannot be denied the choice of lawful options to contain situations arising from an anomalous media environment that poses threat to good governance.

From a professional angle also, the spontaneous concerted response of the NPAN, NGE, NUJ and coalition of civil society organisations to the overdue revitalization of the Nigeria Press Council (NPC), which was ineffectual compared to its broadcast counterpart agency, Nigeria Broadcasting Commission(NBC) raises eyebrows. It is instructive that not even the NGO-offshoots could reject regulation outright as  spokesman Lanre Arogundade  stated “it is not that regulation is not necessary especially in this age of fake news and hate speech, but the point to stress is that regulations must be such that do not erode media independence or freedom and are not unduly punitive.”

This already debunks the notion of unfettered freedom of expression which is a frequent misleading campaign point of the group that deliberately dodges the constitutional caveat qualifying freedoms. Having acknowledged the evils of fake news and hate speech without any clue to protect against their deadly impact, it is gross insensitivity to rise against strict regulations or plead for leniency while the broadcasters have since tuned into the NBC’s penal frequency with increased fidelity. In any case which media is “independent”?

Here again, it is astonishing that these “vigilant” sentinels of the credibility of Nigerian media have developed high tolerance of the rapid deterioration in conditions of service as well as professional standards of practice that has befallen the Nigerian media industry. It is not fake news or hate speech to place the Nigerian media industry among the most worker unfriendly in the country as the wretched lives of reporters, especially in the private Press sector, are on daily deplorable display at various events across the country. Unpaid labour attracts unqualified and untrained hustlers to lay siege on the “noble” profession; media content is polluted with unpardonable errors that evaded editorial quality control as the “free” reign of opinion sidelined the sacredness of facts and exclusive investigative stories have become fund raising expeditions while beats are now cartels. Matters get more complicated by the absence of a potent regulatory body to check the excesses, award restitution for victims and ensure maintenance of professional standards and conditions of service.

This nauseating narrative is not news among media rank and file but its persistence points to the dismemberment of the once focussed journalists’ fraternity of freedom fighters with a pan-Nigerian concern that wrote colonialism off before editing the lingering legacies of apartheid and its neo-colonial outposts to inspire liberation movements’ march for independence. All that is now nostalgia, subdued by the pathetic prostitution of pens, making foes out of compatriots and comrades from disguised detractors, for a living.

The NUJ should be more engrossed by the erosion of its conditions of service and professional membership, an issue that the Nigerian Guild of Editors ought to prioritize in its interactions with the Newspapers Proprietors Association of Nigeria whose propriety interest should include the quality and not just the utility of the product. There is in fact a media industry variant of COVID 19’s social distancing protocol that renders the reporter foot soldiers “on their own”, separated from the exalted exclusivity of proprietors by an elevated echelon of editorial elite better known as “media executives” who blow the trumpet in tunes dictated by proprietors but insist they are playing the national anthem.
The hierarchical structure of the print media actually necessitates the intervention of a superior government-backed regulatory authority in the respective interest of the journalists, the editors, the profession and ultimately the national (public) interest. The Executive Secretary of the Nigerian Press Council (NPC), Francis Nwosu captured this reality thus : “The desirability of a press council should indeed not be in dispute as not only does it serve as a people-oriented democratic, efficient and inexpensive forum for hearing complaints. It also serves as Alternative Dispute Resolution (ADR) mechanism that helps in reducing the barrage of litigations that otherwise would clog the courts. This is in addition to its mandate of the maintenance and promotion of high professional standards for the Nigerian Press.”

Is it not absurd that even the “professional” NUJ and the NGE oppose revitalization of the Press Council ?

ABDULHAMID BABATUNDE, is a former Editor of The Democrat in Kaduna.