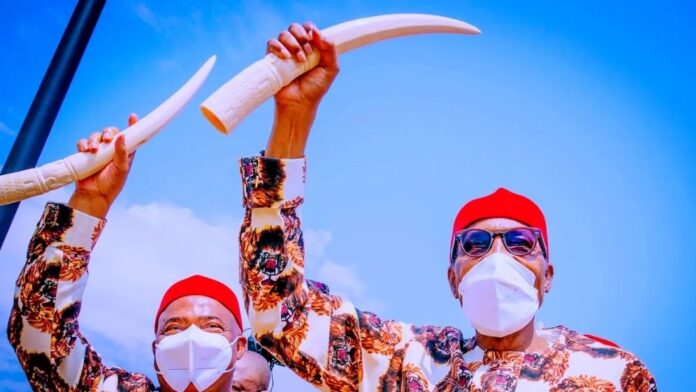 The use of public relations(PR) has always existed in politics and indeed government.
Thus, government officials need to have a fundamental understanding of the tools available to address the ever-changing context of governance.
In many ways, public relations is a natural extension of politics. The way the general public perceives political candidates go a long way toward how they will be accepted during elections.

This gives public office- holders the ability to track messages while reflecting on their public images and agendas. As a result, these politicians often need experts who can effectively execute tailored strategies to govern the country for the purpose of winning and spinning policy campaigns.

However, in the contrary, journalism feasts on bad news, while the tradition of public relations is to engage in ‘damage control’ through effective crisis communication strategies.

Recently, there were mixed feelings among Nigerians over President Muhammadu Buhari’s visit to Imo state, the epicenter of the South East of Nigeria while others considered it as long overdue. In the same vien, government communicators manned by Mr. Femi Adesina and Mallam Garba Shehu, who have both one time served as Presidents of the Nigeria Guild of Editors (NGE) were reprobated for mostly engaging in Journalistic style strategy rather than plausible reputation management.
Since the second term of President Buhari government, many south Eastern dwellers criticized his administration of been marginalised in governance structure which according to the leader of Ohanaeze Ndigbo, John Nwodo, said , ‘the issue was a symptomatic consequence of the continuous government neglect over a long period of time’. The Indigenous Peoples Of Biafra, IPOB, an organisation seeking secession from the Nigerian state, are seeking devolution of power because of the deplorable stage of infrastructural development in the region.

Recall that before the rearrest of the proscribed IPOB leader ,Nnamdi Kanu, and its militia arm, Eastern Security Network, ESN had orchestrated several mayhem in the land, ‘killing about 60 persons and destruction of property in 55 violent attacks across the South-East and South-South zones within four months, which claimed several lives of security agents and displaced others’, FG stated.

During the one day official visit, The president was welcomed by over 50 leaders from the South East at Town Hall engagement, after commissioning strategic projects in Imo State.

At that visit, Buhari gave assurance to tackle insecurity, provision of favourable economic environment, fight corruption with the aim to leave a lasting legacy of integrity and accountability in the system while acknowledging the resourcefulness and enterprising spirit of Igbo people.

He however said, it is ‘unthinkable for me that any Igbo man would consider himself not to be a part of Nigeria’.

In their collective response,the Igbo leaders also shared the same enthusiasm that his coming to the Eastern heartland would bring peace, foster unity, encourage good and better understanding among the citizenry.

Despite long delay of his visit, it is rather late than never. The President was able to redeem and polished his image through this which at the long run would help Nigerians to understand how far peace has restored in the region.

Meanwhile, this will begin to appreciate the efforts of the APC lead Federal Government towards developing the region that will steer the air for the forthcoming election slated to hold in November in Anambra state and the general election.

More importantly, this is not time to lessen the communication campaign strategy by the government strategist communicators. They should build a solid PR strategy that will establish and increase their principal support base, owing to brand and reputation management, pro-active approach of resolving crisis rather than propaganding concept of approach.

The duo, should always acknowledge and bear in mind all the well-meant gestures of those who might have been admirers in the past and also learn to develop a greater capacity to tolerate criticism, without muddying up issues by dredging up other sleazy narratives.

They are to understand that, their job demand to preach the message that will bridge the division between the government and the people, unite them and keep the nation together. While bring hope alive by reassuring them of government’s determination to fix what has been unfixed.