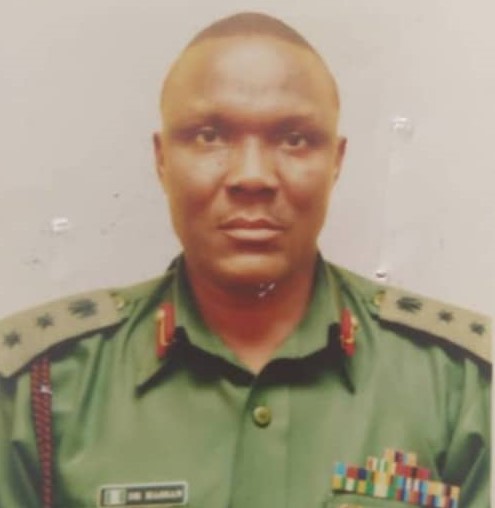 Nigerian Army Refuses to Reinstate Officer who Recaptured Damboa, Bulabulin from Boko Haram
The Nigerian Army has refused to obey a court order for reinstatement of a military Commander, Colonel Danladi Ribah Hassan who led troops in recapturing Bulabulin and Damboa from Boko Haram in August 2014.

The National Industrial Court in Abuja in January 2019 ordered the immediate reinstatement of Colonel Hassan, one of the 38 officers compulsorily retired in 2016 by the Nigerian Army for no obvious reasons. A series of reminders and correspondence for the reinstatement were rebuffed by the Army authority.

The trial judge, Justice Sanusi Kado, had held that with the failure of the Nigerian Army to convince the court of the disciplinary ground for compulsorily retiring the claimant, the said letter of compulsory retirement was null and void and of no effect.

“The claimant (Colonel Hassan) is hereby reinstated back to his post in the Nigeria Army with all his rights and privileges. The claimant is equally entitled to all his salaries and emoluments from the date of his compulsory retirement, i.e. 9/6/16 to date and subsequently until he is appropriately discharged from service,” Justice Kado held.

PRNigeria reports that on August 6 August 2014, the 25 Task Force Brigade led by Colonel Danladi Ribah Hassan carried out a special operation and recaptured the earlier seized towns of Bulabulin and Damboa from the Boko Haram terrorists.

One of his troops, still in the army told PRNigeria that Colonel Danladi Ribah Hassan was the Commander of the 7 Division Garrison responsible for the security of Maiduguri and its environs before he was directed to lead the operation.

The serving army officer, who pleaded anonymity said: “Our Oga, Colonel Ribah Hassan was specially selected by Army Headquarters in Abuja that he should lead the Brigade on the operation due to his leadership and successes in preventing Boko Haram from gaining a foothold in Maiduguri and environs.

“The Bulabulin and Damboa operations were successfully executed resulting in a fierce battle in which soldiers killed several Boko Haram militants and recaptured the seized towns.

“As the Garrison Commander, he was pivotal to the reorganization of the Civilian Joint Task Force for effectiveness and set the stage for their subsequent involvement in selected security operations. In fact, he was so courageous, selflessness and always protecting his troops. We still have the video and images of one-day operation in the recovery of Bulabulin and Damboa from the Boko Haram terrorists”

Colonel Hassan, a member of NDA 41 Regular Combatant Course, was commissioned in September 1994 and served as instructor, staff officer and field commander in his 21-year career. As a young officer, Mr Hassan took part in ECOMOG operations in Liberia and Sierra Leone, and later in the United Nations Mission in Sudan. He was appointed Chief Security Officer to the Sierra Leonean chief of defence staff for his exceptional performance.