Home Fact-Check How News Reports Led Many to Think CBN Printed 2.5b Naira at...

Claim: Viral posts on social media especially Facebook claim that the Central Bank of Nigeria (CBN) under the Buhari administration got 2.5bn worth of Naira by spending N58.6bn to Print It.

According to most news reports, the apex bank disclosed this in its 2020 Currency Report posted on its website on Thursday.

Reports further revealed that the notes were printed in the country by the Nigerian Security Printing and Minting Plc (NSPM Plc).

Reacting, many Nigerians especially on social media chastised the CBN for spending “so much to gain so little,”

Commenting on one of the news reports, a user, Townsend Aibuedefe Ihama said, “So you guys can print money? Why do Buhari borrow money from other countries. By the way how can you use #58b to print #2.5b. yohoo yahoo government. Criminals. EFCC are not seeing you ppl. They are only looking for small boys who has #1.5m Nd have Camry car. Mass burial await all the politicians soon (sic),” while another user Nicholas Okoro said, “we better stop using money and revert to trade by barter.This huge waste is inexplicable.”

Similarly, another facebook user argues that the development portends that the government has transferred the wealth of Yorubaland “and the rest of the white bloc to the parasitic Sharia bloc.”

Brief history of the Naira:

The Nigerian currency has evolved through various stages of transformation. From 1912 to 1959, The West African Currency Board was responsible for issuing currency notes. Prior to the West African Currency Board establishment, the use of trade by barter to the use of cowries and Manilas (money made of bronze or copper) were the means of exchange for goods and services.

On 1 January 1973 the Naira was introduced, replacing the use of Pounds, Shillings and Pence monetary systems from the British Colonial era. The Naira consists of Bank notes and coins.

The CBN Act Section 2 (b) mandates the Central Bank of Nigeria to be the sole issuer of legal tender currency in Nigeria. The CBN regulates the volume of money supply in the economy in order to ensure monetary and price stability. The Currency Operations Department is responsible for currency management through the planning, procurement, distribution, processing, reissue and disposal of banknotes and coins. The currency structure comprises of three coin denominations (50k, ₦1, and ₦2), eight banknote denominations (₦5, ₦10, ₦20, ₦50, ₦100, ₦200, ₦500 and ₦1000) and Central Bank Digital Currency (eNaira).

Naira notes and coins are printed/minted by the Nigerian Security Printing and Minting Plc (NSPM) Plc and other overseas printing/minting companies and issued by the Central Bank of Nigeria (CBN). At the currency printing works of the NSPM Plc, quality is meticulously controlled throughout every process of currency production. This guarantees that every note issued meets the required standard. The CBN maintains an office called Mint Inspectorate in the premises of the NSPM Plc to maintain security and quality of Naira notes and coins.

Currency is issued to deposit money banks through the branches of the CBN, and old notes retrieved through the same channel. Currency deposited in the CBN by the banks are processed and sorted to fit and unfit notes in line with the clean note policy. The clean notes are re-issued while the dirty notes are destroyed.

The Nigerian Security Printing and Minting (NSPM) PLC apart from being the foremost in Africa, is the only full-fledged security printing organisation in the whole of the African sub-region. It was established in 1963 by the government of the Federal Republic of Nigeria in partnership with De La Rue of the U.K.

An examination of the CBN’s Currency Operation Department Annual Report 2020, a Currency Report document upon which the stories that first broke the news were based, shows that though most news headlines stated that, “CBN Spends N58.6bn to Print 2.5bn Naira Notes,” the amount was actually used to print 2.5bn “pieces” of Naira notes valued at 1.3 trillion naira which means that the actual value of the printed “pieces” in different denomination. The 2.5 billion mentioned above is the quantity of the notes in pieces, not the actual amount.

Investigations by PRNigeria shows that in the actual sense, there is a decrease of ₦16,905.00 million or 28.84 per cent in the cost of printing Naira notes compared to 2019. This, the CBN attributes to lower bank’s currency order volume for the year which is a result of less paper money usage due to active implementation of CBN’s cashless policy.

Furthermore, page 18 of the document highlights a graphical representation of the relevant figures from 2016 – 2019 as seen below:

Abdulhalim Ishaq Ringim, a syndicate writer, political and public affairs analyst noted that the misconception started from when people could not make out the difference between N58.6 Billion Naira and 2.5 Billion “pieces” of Naira notes largely due to how the media chose to report the issue.

“The whole thing was a misunderstanding because the news headlines too were misleading from the outset,” he said in a phone interview with PRNigeria.

According to Ringim’s analysis, the statement as contained in the 2020 Currency Report simply meant that the CBN spent the sum of 58.6 Billion Naira to print 2.5 Billion pieces of Naira Notes.

A content analysis of the news item report on some platforms that reported it shows that the keyword(s) which may have led to misunderstanding of the entire news story was not only de-emphasised on the headlines but also in the lead, except for newspapers like vanguard which though de-emphasised the “pieces” in its headlines, but highlighted the “N1.3trn” value in its lead.

In other words, most news reports failed to emphasize that the N2.5bn was value in terms of quantity i.e pieces of the note NOT quality which is the real value if all printed denominations as counted are summed up especially by omitting the differentiator, “pieces,” hence the misconscenception took roots from there.

Web wise, a free information, advice and resources platform to help parents, teachers and students address internet safety issues, argues that misleading headlines are headings that portray stories that are not completely false but can be distorted using misleading or sensationalist terms. These types of news can spread quickly on social media sites where only headlines and small snippets of the full article are displayed on audience newsfeeds.

According to full facts, a UK independent fact-checking charity, the media must stop using misleading headlines because often the article doesn’t actually say what the headline promised. Sometimes the contradiction between the headline and the rest of the piece hides in plain view.

Both in newspapers and on social media, headlines serve as a kind of menu, allowing us to judge from brief descriptions which articles we want to read. In the process, we get snippets of information about many different things, but nobody has time to read them all in detail.

“Now we can see why even basic investigative journalism and fact-checking is key to the practice especially because the general public need to be rightly informed at all times. It is important to be rightly guided by the above narrative and the general public should be wary of mischief makers whose interest is to promote misinformation against public good,” Musa Sani, a reporter with Jalla 98.1 FM mused.

Conclusion: The mode of media narrative on the issue especially by omitting keywords such as the term “pieces” of naira notes and de-emphasizing the actual value of the printed “pieces of naira note” at N1.3trn led to a public misconception that caused many, particularly social media users to think that the CBN actually printed 2.5bn Naira at the Cost of  N58.6bn. The claim is therefore misleading.

The researcher produced this fact check article per the Dubawa 2021 Kwame KariKari Fellowship partnership with PRNigeria to facilitate the ethos of “truth” in journalism and enhance media literacy in the country. 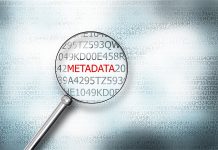 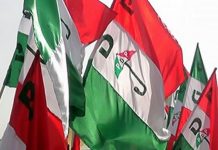 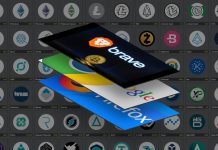 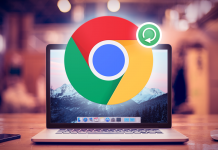 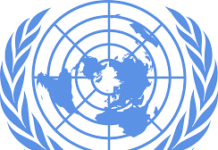 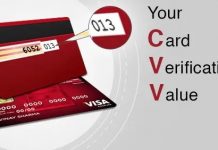 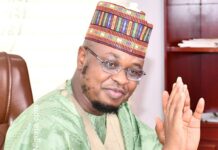 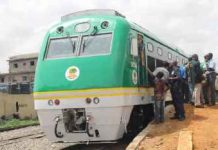 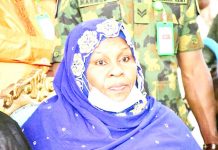