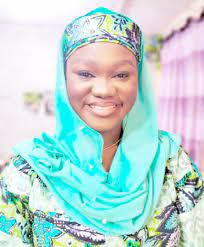 My relationship with Students–UNILORIN lecturer attacked by expelled undergraduate

A female lecturer at the Department of Microbiology, University of Ilorin, UNILORIN, said she has always maintains a good rapport with her students and also enjoys a cordial relation with them.
Recall that, Dr. Rahmat Zakariyya made national and international headlines this week when her story went viral after a final-year student, Waliyullah Salaudeen, attacked her following alleged disagreement over student internship program, known as SIWES.
According to her, many students whom she happened not to be their Supervisor or Level Advisor often run to her seeking for advices and financial support, which she gladly rendered.
“Many students who I am not their Supervisor or Level Adviser want to come to me, just go and ask, because they know I will advise them and even support them financially in many instances, including my all students.
“I learnt a lot of things from friends I met in the academic circle but maybe I was overdoing my own because I was too close and attached to my students and took them like my sisters and relatives. I became a Level Adviser immediately I got the job.
“In 2018, I was identified and awarded the best Level Adviser at our faculty. I have been soliciting for my student since my first year of becoming a Level Adviser.
“There were some of them, both Muslims and Christians that I assisted financially and their parents will come asking me when to pay back, but each time I declined. I don’t look at religion. So you can imagine my relationship with them but see what it eventually turned out.”
However, Dr. Zakariyya enjoyed parents to always raise their children morally in accordance with the societal norms and values by instilling the fear of God in their mindsets.