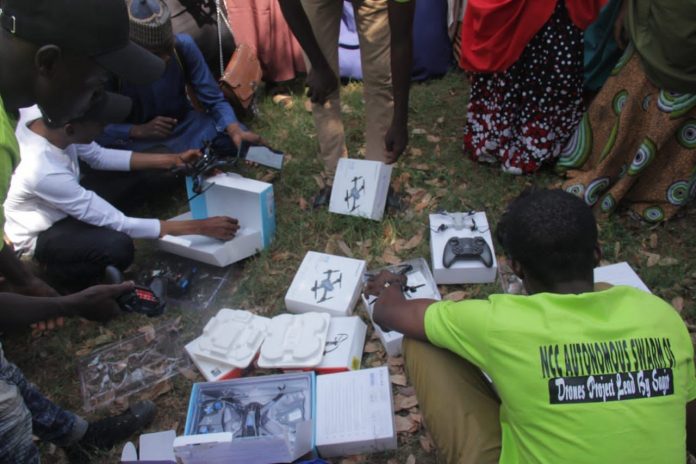 A lecturer at the Gombe State varsity, Mr. Sagir organised the traininf to boost security capability via drones’ operation.

Sagir, a recipient of the Nigerian Communications Commissions’ (NCC) 2020 academic institutions’ research grants, and a robotics expert, said the workshop was geared towards staging a robotics research center, as well as creating awareness for the general public on how to apply drones.

He said: “This initiative is a step towards establishing a robotics research center and awareness for the general public on how to apply drones in various activities such as civil surveillance, farming, photography, and research.

“This will, in turn, create jobs and support the digital economy policy of the Ministry of Communications and Digital Economy under the able leadership of Professor Isa Ali Pantami.”

As part of the initiative is to create awareness on the usage of drones and their importance, Sagir said a webinar series will hold on 4, 11, and 18 December 2021, with physical practical drones operation at Gombe State University, between 20th and 21st of December 2021, from 9 am to 10:30 am (joining link: https://bit.ly/3o3hz4H).

He however, noted that the training will be extended to the Nigerian Police, the Military, and other Paramilitary institutions in order to boost their capacity in tackling current security challenges in the country.

Mr. Sagir hails from Gombe state and obtained his bachelor degree in computer science from Gombe State University with first-class honours, emerging as the ‘Best Graduating Student’ of his set.

He then proceeded to the University of Birmingham, United Kingdom, for a direct Ph.D. programme (without a master’s degree).