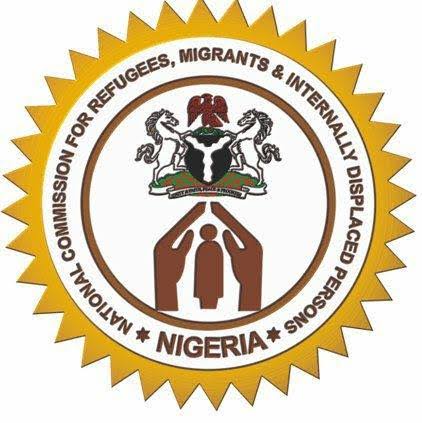 The Conference of Civil Society of Nigeria has condemned the wave of calculated, premeditated and unwarranted campaign of calumny by some groups against the management of the National Commission for Refugees, Migrants and Internally Displaced Persons (NCFRMI).

Comrade Adams Otakwu, Chairperson of the Conference of Civil Society of Nigeria, said they are worried by the activities of some civil societies, citizens groups and non-governmental organizations who collude with some undesirable elements to blackmail, extort and denigrate public office holders in the name of activism.

Otakwu, in a press statement titled: “Unfounded Allegations by Citizens Groups in Collusion with Some Civil Servants, Malicious: A Call for Proper Fact Check,” noted that “these so-called activists are trying to settle a score with the Commission”.

The statement reads: “As the umbrella body of Nigerian Civil Societies, working for openness, transparency, human rights, anti-corruption, due process and security, the Conference of Civil Society of Nigeria is worried by the activities of some civil societies, citizens groups and non-governmental organizations who collude with some civil servants and government officials to black mail, extort and denigrate public office holders in the name of activism.

“And where their tactics fail, they fully deploy reactionary and criminal actions that pose severe threat to national security. This is a complete departure from the ethics and deontology of the mandate of the Nigerian Civil Society Movement which is essentially to be the watchdog of Society [chasing real objects, not shadows] and preserve a brand for Nigeria, hence the public must beware of such groups and their affirmations.

“A recent case in point are the activities by some groups in what appears to be a calculated, premeditated and unwarranted campaign of calumny against the management of the National Commission for Refugees, Migrants and Internally Displaced Persons (NCFRMI).

“Clearly, these so-called activists are trying to settle a score with the Commission, after the Commission refused to compromise with them or acceded their biddings, because their allegations are mostly personal and unsupported by any verifiable facts. As the latin maxim goes “ex nihilo nihil fit” – Nothing comes from nothing!

“We observe a conspicuous absence of objectivity in the innuendoes, falsifications, and speculations, which were in all probabilities concocted in collusion with some staff members of the commission as well as other third forces hell-bent on executing a very destructive agenda. A classic case of THE HAND OF EASU, THE VOICE OF JOCOB.

“Our independent fact – check reveals that the Commission is focused on impacting the lives of people with compound vulnerabilities, internally displaced persons, refugees and upholding their fundamental rights and wellbeing in line with the Vienna Convention on the Status of Refugees and other instruments.
The allegation of public procurement process aberration levied against the commission are unsupported by the provisions of the Public Procurement Act, 2007 as amended.

“The allegation of whimsical postings and deployments in the commission are baseless and unsupported by the provisions of chapter 2, section 5, 020502 (V) of the Public Service Rule (PSR). This is a very clear administrative process that shouldn’t give anyone a sleepless night except people with ulterior and sinister motives.

“Also, the allegations of flits of vehicles and others are unsupported by proves. They stand on stealth and should be discarded into the wastebin of history.

“It is rather unfortunate how some so-called activists find it easy to destroy, malign and pull-down others, and some civil servants who are not known for any achievements join in such nefarious outright sadism. We call for proper fact check because, he that alleges must prove.

“Lest we forget, Inventing Lies to destroy amiable Nigerians is synonymous with destroying Nigeria. And if we loss this country, we may end up being refugees [as is the case with Syria, Afghanistan, Libya and others], and one wonders which country will be able to accommodate the refugees from Nigeria. A word is enough for the wise!”