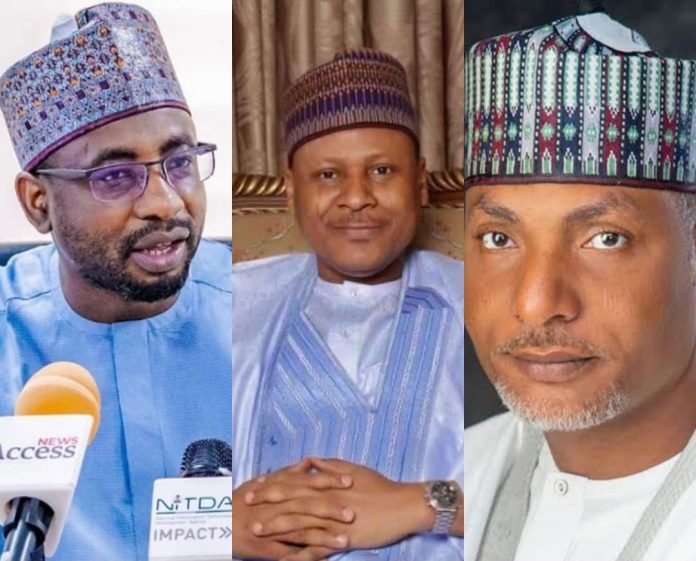 A statement signed on Sunday by the Editor of Youth Digest, Gidado Shuaib, said Mr Malagi, who is also the founder and chairperson of Bifocal Group, will be receiving an honorary award as the ‘Outstanding Personality of the Year (Private sector)’.

The statement added that the Publisher was considered for the award for his contribution and development to the country’s media industry and humanity at large.

On the other hand, Mr Abdullahi, who will receive the ‘Outstanding Personality of the Year (Public Sector)’ award in the Public Sector, was considered for the recognition for leading the growth of Nigeria’s IT infrastructure and digital economy.

According to the statement, Mr Mustapha, who is presently a National Chairmanship aspirant of the ruling All Progressives Congress, APC, will be honoured with the ‘Philanthropist of the Year’ award.

Gidado Shuaib said the three eminent personalities have immensely contributed to the society, through remarkable philanthropic activities and exploits in the media, and IT industries.

He further disclosed that the 13th edition of ‘Youth Digest Magazine’ will also be unveiled during the CJA gala.

“Our Campus Journalism Initiative, CJI, project will soon be coming on board,” Mr Gidado added.

Campus Journalism Awards, known as CJA, is the biggest gathering of outstanding student writers and broadcasters in Nigeria.

It is supported by the Civil Society Legislative Advocacy Centre CISLAC/Transparency International.

Nomination for the 2021 edition received a total of 304 entries from over 50 institutions across the country, and the finalists emerged from fifteen tertiary institutions in Nigeria.

The 2021 CJA will be held in Abuja on Saturday 11th of December, 2021, with the theme, “The Role of Media in Trouble Times”, which the Executive Director of the International Centre for Investigative Reporting, Dayo Aiyetan will speak on.