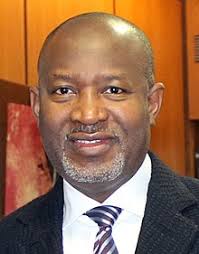 Despite swirling challenges facing the nation, this is one of the good times to be a proud Nigerian! President Buhari-led government has made me proud. The recent reciprocal reduction of Emirates flights to Nigeria from twenty-one per week to just once, in retaliation to UAE’s limitation of Air Peace’s flights to Dubai via Sharjar Airport, to one flight per week, has sent an assuring message that the federal government will go full length to protect interests of indigenous airlines and Nigerian air travelers.

Gone are the days when indigenous airlines would be left in the winter cold of crippling politics of foreign airlines and its attendant grave implications for Nigerians on the international routes.  Nigerians are among the most mobile humans on this planet—we travel a lot. Nigerian route is one of the busiest in the world, yet Nigerian airlines have not really benefited from this huge traffic of the most populous black nation.

They had gotten away with this impunity and discriminatory actions in the past because previous administrations did not stand up to these economic bullies but Aviation Ministry under Hadi Seriki is making a difference. No injustice lasts forever. Every serious government of the world defends the interests of its indigenous companies against predatory actions of other nations. I am very happy that our government has etched this belief in its consciousness.

In February of this year, UAE employed fight against Covid-19 as a smokescreen to frustrate Air Peace Airline from coming to Sharjar, using “Rapid Antigen Test” as a flimsy excuse. Federal Government reciprocated by stopping Emirates flights to Nigeria. When UAE had a rethink on the Rapid Antigen Test requirement, Nigerian authorities lifted the ban on Emirates flights.

The foregoing contest forms the crux of the matter. While Emirates announced flights resumption to Nigeria starting from 5th December, 2021, it never wanted Air Peace to resume its flights on Dubai route. Emirates Airline loves to retain its age-longed monopoly of the route, but has gotten more than its bargained. Not withstanding several warnings from Nigerian aviation authorities to UAE’s government to allow Air Peace’s flights to Sharjar Airport, at least three times per week, it fell on deaf ears.

UAE even went further to reduce Air Peace’s flights to just once per week. What a diplomatic imprudence! Emirates had permission for 21 flights into Nigeria per week, yet UAE could not allow Air Peace just three flights per week. Nigerian Civil Aviation Authority got infuriated, in commendable reciprocity and display of regulatory acumen, reduced Emirates flights to one per week. Applause! Who losses more? Emirates!

Henceforth, it should be an eye for an eye. This is akin to having 21 slots in my country and refusing me just 3 slots in your own country. Even in a jungle such brazen impunity is not tolerated for long. Nigeria is a country plagued with rising unemployment rate. In fact, debilitating insecurity in the country is tied to youth unemployment. Imagine how many thousands of jobs with its corresponding economic opportunities that would be created for Nigerians if our indigenous airlines are adequately supported to compete strongly in the international routes with other foreign airlines.

When AriseTV contracted Air Peace to airlift its crew and invitees to the Arise Dubai Show, recently, UAE authorities barred their fangs. If not for the prompt intervention of Nigerian government, that chartered flight would have been aborted. As if that was not enough, they mischievously refused to allow Air Peace resume its normal scheduled flight operations into the Sharjar Airport immediately after the AriseTV-charter flight, while Emirates had resumed operations into Nigeria; flying twice daily to Lagos and once daily to Abuja.

This is outrageously unacceptable! Once again, I want to commend President Muhammadu Buhari, Minister of Aviation, Hadi Seriki and Capt. Musa Nuhu, director-general of Nigerian Civil Aviation Authority (NCAA), for rising to the occasion in defense of indigenous airlines. It is a humiliating aberration that foreign airlines whose home countries make flight operations difficult for our indigenous airlines over there, will be allowed to have a free reign here at our expenses, as if ours is a banana republic.

Emirates have been fleecing unsuspecting Nigerian travelers for months now by deliberately announcing flights resumptions on dates they knew would never happen because of flight ban between UAE and Nigeria. It is alarming that this foreign airline made Nigerians pay for non-existent flights. They never refunded them but rather they told these hepless Nigerian travelers to reschedule their flights when the Airline begins operation.

This is synonymous to obtaining money under false pretenses and can be considered criminal acts. Emirates perpetrated this illegality for four consecutive times before NCAA threatened weighty sanctions. Can Air Peace or any other Nigerian airline exhibit a fraction of this impunity in UAE or any other country without being blacklisted as “fraudulent” and its owners blackmailed as “criminals” in the eyes of the world. Not at all.

As response to Nigerian authorities reciprocal decision to cap its flights to one, Emirates Airline has suspended its flights in and out of the country till further notice—hopefully to enable UAE government and Nigerian authorities resolve the diplomatic logjam. Emirates should not be given 21 slots of flights in Nigeria while Air Peace begs to get three in UAE. Why won’t Air Peace have the same 21 slots in UAE as Emirates was having in Nigeria before the ban?

It should be equal slots—if UAE concedes three slots to us, we reciprocate with exact amount of slots. Air Peace has enough planes in its fleet to exhaust similar number of slots that was given to Emirates. With additional 13 brand new E195-E2 airplanes, Air Peace is prepared to give Emirates Airline a run for its money on the ever-busy Dubai route.