Home National How Jonathan flushed out Boko Haram from 14 Borno LGAs in 2015-... 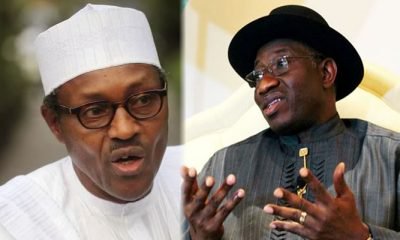 Former Federal Commissioner for information and South-South leader, Chief Edwin Clark has taken a swipe at the Minister of Information, Alhaji Lai Mohammed for saying that if not for  President Muhammadu Buhari, terrorists would have declared Nigeria as an Islamic state.

Clark who warned Lai Mohammed against garbing himself with propagandists toga as if he was still the National Publicity Secretary of the All Progressives Congress, APC, urged him to use his office to build bridges among Nigerians, adding that it is not true that President Buhari expelled Boko Haram of 14 Local Government Areas of Borno State.

According to the Elder statesman, it was former President Goodluck Jonathan’s administration that flushed out Boko Haram insurgents just before the 2015 general elections from the 14 local government areas they held in Borno state as against the claims by the Minister of information, adding that lies are being fabricated against the former President because he was President of Nigeria where some people think they alone have the exclusive right to be that position.

In a statement in Abuja, Clark who noted that it was Jonathan’s administration’s action that enabled elections to hold in the areas,  said that the minister’s recent statement was fallacious and misleading when he declared that  “Nigeria would have been an Islamic state without President Mohammadu Buhari.

“It is a blatant falsehood for Alhaji Lai Mohammed to claim that but for President Muhammadu Buhari, Nigeria would have been Islamised, that it was President Buhari government that sent Boko Haram out of the fourteen Local Government Areas in Borno State.”
The Ijaw leader said that what gave Mohammed the impetus to make the statement is the fact that “Nigerians have not dispelled this fraudulent and false claim that it was President Muhammadu Buhari’s government that expelled the Boko Haram group from the fourteen Local Government Areas of Borno State.”

Clark who is the Leader of  Pan Niger Delta Forum (PANDEF) quoted excerpts from Jonathan’s recent book where the former president narrated how the insurgents were flushed out saying:

“Anyhow, the six weeks served us well, we received the military equipment we were expecting within that period and our Armed Forces commendably, dealt a deserving blow on the terrorists and repossessed all territorial areas of Nigeria previously occupied by terrorists. Boko Haram was deflated up to the point of handing over to my successor on 29th May 2015. We concluded the elections peacefully, even if there were issues raised about the fairness, at least the nation was relieved that the election held peacefully and that there was no post-election violence.”

According to Clark, no patriotic Nigerian will believe Mohammed’s statement that it was President Buhari that prevented the takeover of Nigeria by Islam, rather, “most Nigerians have the strong feeling that it is his government that has given or created the environment for the sect to return and be more daring. With all the menacing activities of this group, no armed herdsmen have been arrested. Is it by coincidence?”

He said Mohammed therefore again, “decided to garb himself with the propagandist toga, which he used to wear as the Publicity Secretary of the All Progressives Congress (APC), forgetting that he is today, the Information Minister of the country, a position which he should use to build bridges between the Federal Government and the people of Nigeria, and across all divides in the country.”
The Ijaw nationalist recalled that while negotiations were being suggested with the insurgents, they chose then Major Gen. Buhari ad their chief negotiator.
Clark added: “Setting the records straight: It is pertinent to reiterate that Boko Haram was expelled from the fourteen Local Government Areas of Borno State by former President Goodluck Jonathan’s government through the engagement of combined forces who were assisted by hired mercenaries.

“Prior to the period the sect was expelled, they were occupying fourteen Local Government Areas in the State. As a matter of fact, it was as a result of this that the elections could not be conducted at the initial scheduled date and had to be postponed.

“It was this effrontery of making the state not to hold its functions that made the then government take the bull by the horn and flushed out the Boko Haram group out of Nigeria.

“It is, therefore, not true that it was President Mohammadu Buhari that expelled Boko Haram out of 14 Local Government Areas of Borno State.

“It must be remembered that some Nigerians believed that the Boko Haram sect will be used to harass and torment President Goodluck Jonathan, getting him out of office.

“Even when it was suggested then that there should be a meeting to see the possibility of having negotiations between the Nigerian state and Boko Haram, the sect chose Gen. Mohammadu Buhari, rtd, as he then was, as their Chief Negotiator, even though a few days after the choice, he (Gen. Buhari), rejected the sect’s choice of him.

“There were no accusations the APC did not level against President Jonathan then, including criticising him for killing innocent Northerners through the sponsor of Boko Haram.

“Meanwhile all these were fabricated lies from the pit of hell, against an innocent man whose only offence is that he as the President and Commander-In-Chief of the Armed Force of a country, where some people think they alone have the exclusive right to be in that position,”

Recalling the exchange he had with three former northeast governors including Admiral Murtala Nyako of Adamawa State, Kashim Shetima of Borno State and Ibrahim Geidam of Yobe State, on their accusations of Jonathan as the promoter of Boko Haram to kill northerners, he said it was a case of giving a dog a bad name in order to hang it.

Clark also recounted some of the statements made by Mohammed against Jonathan after the abduction of Chibok schoolgirls by Boko Haram including accusing his government of being behind the insurgents and Jonathan trying to gain political capital from the release of the school girls.
Chief Clark argued: “On the contrary, one can even adduce that it is Alhaji Lai Mohammed and his co-travellers on this voyage of destroying an innocent President Jonathan, that should be the prime suspects.

“For instance, the attitude of both the then Borno State Governor, Kashim Shetima of not heeding to the advice of security experts and the Federal Ministry of Education which strongly objected, to relocate the Chibok schoolgirls to another school to write their West African Senior School Certificate (WASSCE) examinations based on security reasons, was bluntly rejected by the Governor, who rather stated that he would provide adequate security for the students, but which of course he deliberately he did not do.

“Another worrisome aspect about the abduction is how did the abductors get the army uniforms they wore, with which they deceived about 200 school girls that they had come to rescue them. It was reported that the girls thought that the abductors were genuine soldiers because of the uniform they wore. They took away the girls in vehicles, unchallenged.”

According to the elder statesman, the gang up against the former president started when former incumbent president Umaru Musa Yar’Adua fell ill in the office with Jonah as his vice.

Clark stated: “The whole gang up against former President Goodluck Jonathan started when the late President Umaru Musa Yar’Adua took ill and eventually died on 9th May 2010. It was at this stage that some ‘prominent’ persons from the North have vowed to themselves that they will not want Dr Jonathan to return to power in 2011, and allegedly started orchestrating all manners of evil, including the fuelling of the activities of the monster called Boko Haram.”

According to him, the upsurge in Boko Haram’s activities especially their bombing campaign in the federal capital was the most trying time for the Jonathan administration, adding, “During this period, the opposition, of which Alhaji Lai Mohammed was one of its arrowheads, as the spokesman, carried out all sorts of propaganda, name-calling, against a sitting President. They ensured that their false and malicious statements made headlines in the news; they had a field day with social media.

“However, today, anyone who tries to do 1/100 of what they did or said then, will be guilty of ‘hate speech.

“President Goodluck Jonathan knew that people were out to get at him, in any way, by all means. He even openly stated that Boko Haram had infiltrated his government.

“In contrast, however, those who never wanted him in office and those who never liked him were basking in joy because their handiwork was succeeding. And actually, nurtured the group to be more daring in any way possible including people who made statements that fanned the embers of their activities, like Alhaji Lai Mohammed.

“But like the saying goes what goes around, comes around, they never knew they were raising what is like the proverbial Frankenstein monster. What they created became uncontrollable and returns to haunt them.

“Today, part of Niger State in the North-Central geopolitical zone is occupied by Boko Haram. The Governor of the State, Dr Abubakar Sani Bello, has cried out several times about this. The insurgents have hoisted their flags in parts of the State, collecting levies and taxes from farmers before the latter will not only be allowed to go about their business but also enable them to live in peace.

“Only recently, on 19th December 40 innocent persons were gruesomely murdered in Kaduna State by terrorists, in a state that has very major state security installations. These are not imaginary persons; they are sons, daughters, fathers, mothers, relatives of persons. In fact, the names of 29 of them were published, the rest were yet to be identified.

“Just a few days ago, there were rocket explosions at different locations when the President visited Maiduguri. Yet, Alhaji Lai Mohammed, Information Minister, is not seeing this; what he keeps seeing in his imagination is his warped images of 2015.

“It is a blatant falsehood for Alhaji Lai Mohammed to claim that but for President Muhammadu Buhari, Nigeria would have been Islamised, that it was President Buhari government that sent Boko Haram out of the fourteen Local Government Areas in Borno State.”

The leader of the Southern Middle Belt Leaders Forum (SMBLF) who admonished President Buhari over the utterances of his spokesmen who he stated are the president’s albatross, said, “I want to reiterate that the spokesmen of President Mohammadu Buhari, are his albatross. Their unwarranted attacks, insults, arrogance on opponents, behaving like Paul Joseph Goebbels, the chief propagandist of the Nazi Party of Germany, and one of the closest allies and spokesmen of Adolf Hitler during World War 2.

As Information Minister, Alhaji Lai Mohammed should be building bridges, instead of widening and expanding the gulf.”