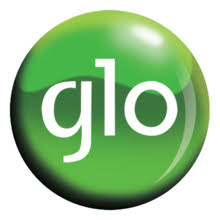 Enlisting Telecom Firms into Fight Against Insecurity
By Mahmud Abdulsalam

Telecommunication firms in the country such as MTN, Globacom, 9Mobile, Airtel, among others, have contributed significantly and diversely to the nation’s socio-economic growth.

Service Identification Module, SIM, cards produced by these firms are procured and used by Nigerians to connect with their loved ones, and for business purposes, among other benefits.

However, it is the same SIM cards that criminal elements have deployed to be committing fraud, and also facilitate the perpetration of other illicit crimes such as banditry, and kidnapping for ransom.

As part of measures to stem the abuse of SIM cards by dubious elements, the Federal Executive Council, FEC, recently gave an approval for the procurement of telecommunication equipment that will be used to detect and block fraudsters using different SIM cards.

The Minister of Communication and Digital Economy, Isa Pantami disclosed this while briefing State House correspondents at the end of the virtual Council meeting presided over by President Muhammadu Buhari at the Presidential Villa, Abuja.

He explained that the deployment of the system would help to monitor, detect and block SIM and fight what he called voice traffic termination fraught. The approval of the new regulatory system will help to support the country in addressing challenges of insecurity, Pantami noted.

Another measure employed by Federal and State Government, recently, is to shut down telecom activities in States of the North West and North East, over ravaging armed banditry and lingering terrorism.

One of the greatest hurdles to combating banditry and the Boko Haram and Islamic State of West Africa Province, ISWAP, insurgency, is the issue of informants, who use mobile networks to communicate with bandits about the movements of troops.

The bandits, themselves, also take advantage of the availability of the networks to coordinate their attacks.

It stands to reason that both FG and some northern State Governments believes the one of the effective strategy to tackle terrorist and bandit groups is to block phone access to their States so that bandits who always get tipped off whenever a military offensive is being planned, would not be able to communicate with their informers.

On its part, the military whose troops are the ones mobilized for various anti-banditry and counter-insurgency operations, is not just resting.

Its leadership has urged telecom service providers to cooperate with the Armed Forces of Nigeria, and other security agencies to combat insecurity.

The Chief of Defence Staff (CDS), General Lucky Irabor, to this end, has urged telecommunications service providers operating within the shores of Nigeria to support the efforts by the Nigerian Armed Forces and other security agencies to apprehend perpetrators of crimes across the country.

The CDS made this known while granting audience to the Chief Executive Officer (CEO) of the Mobile Telecom Network (MTN) Nigeria, Mr Karl Toriola, who was on a familiarization visit to the Defence Headquarters (DHQ), Abuja.

Commenting on the current security challenges in the country, Gen Irabor, identified communication as part of the essential mechanism that could be used by the AFN and other security agencies to track down perpetrators of criminalities and nefarious activities.

The CDS added that DHQ will welcome and sustain any fruitful engagement and partnership with all its stakeholders, including service providers, chief among which is MTN, in order to build a peaceful environment for economic activities to thrive.

Expressing his delight on the visit of the CEO and his team, the Defence chief commended MTN for playing invaluable roles in matters of communication. which he noted, the AFN and security agencies are leveraging, to boost their operations around the nation.

Gen Irabor also congratulated Toriola on his appointment as the CEO of MTN Nigeria.

Earlier in his remarks, the CEO, Mr. Toriola, stated that prioritizing the Defence Sector, other Security and Paramilitary Agencies necessitated his first point of call since assumption of office.

The CEO said the visit was also in recognition of the selfless sacrifices of members of the AFN in their service to the nation.

Toriola further stated that MTN as a telecoms service provider would continue to build cordial working relationship with all branches of government agencies, including engaging and aligning with the AFN and intelligence agencies in order to ensure security of lives and property of Nigerians.

Though other security measures have since been evolved and adopted to arrest the tidal wave of insecurity, more innovative approaches to tackle Nigeria’s security challenges are yet needed.

That is why it becomes imperatives for the cooperation between the Gen. Irabor-led armed forces and telecom service providers, to be properly nurtured, strengthened and thereafter sustained, for a long time to come.