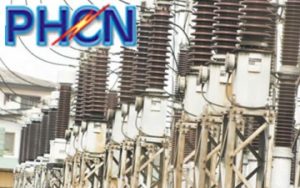 Power, Gas Sectors incur multiple losses in repairs, electricity shortage, gas sales As security agencies intensify the search for culprits behind the act, it has been established that the weekend’s attack on the Nigeria Gas Company’s pipeline connected to Chevron Nigeria Limited’s facility at Escravos, will impact negatively on the Olorunsogo NIPP plant (capacity 600MW), and other Power Plants.
The sabotaged gas pipeline which contributes to the Escravos Lagos Pipeline System (ELPS) has led to a loss of 160mmsfcd of gas daily. At a cost of $2.50 per thousand scf, this loss means about $400,000 loss to the country on a daily basis (N78,800,000 daily) in gas volume.
This is in addition to losses to be incurred daily from affected Power generation ($1,988,223 or N391,680,000 daily). The total daily loss to the country is therefore estimated at N470,479,931. Repairs of the damaged pipeline is estimated as costing ($609,137 or N120,000.000).
The real sector of the economy has also been counting its losses as some cement companies around Olorunsogo like Ewekoro and Ibese are also affected.
The latest incident has occurred just as the Federal Government through the Ministry of Power, Works and Housing and the Ministry of Petroleum Resources along with allied agencies has been making concerted efforts to improve gas supplies to the Power Plants. Such efforts led to previously offline plants like Ihovbor and Sapele coming back online and the subsequent output  making up for the loss in power. The pipelines are being actively monitored for further attacks or other unforeseen impacts.
Available records show that six incidences of vandalism from December 2014 to February 2015 which affected the Trans Forcados Pipeline (at Oben, Sapele, Oredo ) and Escravos Lagos Pipeline System (CNL) led to a loss of 1,100 MMScfd. According to industry experts, a loss of 200 MMscd is equivalent to a Power reduction of 700MW.
hile the industry is currently generating about 4120Mwh/h on average (as at 17/01/2016), it is without doubt that performance would have been better without the additional setback caused by the weekend’s Incident.
It would be recalled that during the monthly meeting of the Minister of Power, Works and Housing, Mr Babatunde Fashola SAN with operators in the Power Sector last week the  Nigeria Gas Company (NGC), the Nigerian National Petroleum Corporation (NNPC) and the GACN led by the Minister of State of Petroleum, Dr Ibe Kachikwu shared information on significant gas projects that will improve gas supply which are scheduled for completion in Q2 of 2016 and also highlighted some of the challenges especially related  to security affecting delivery of gas to the power sector.
In response to this, NNPC is forming a committee NNPC, Police, JTF (which includes Army, Airfoce and Navy) and also community vigilante groups, who have been tasked with the responsibility of securing these pipelines.
Signed:
HAKEEM BELLO
SPECIAL ADVISER, COMMUNICATIONS
TO THE HON. MINISTER

Towards more transparent sale of forfeited assets, by Ismail Abdulaziz