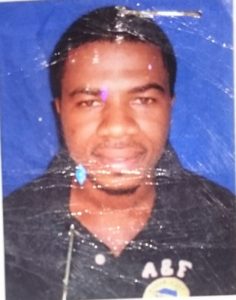 Justice Oluwatoyin Ipaye of Lagos State High Court, Ikeja has convicted Adeosun Olarewaju, after he was pronounced guilty of a two-count charge bordering on possession of fraudulent document and forgery preferred against him by Economic and Financial Crimes Commission (EFCC).
Justice Ipaye sentenced him six months imprisonment on each of the counts. The conviction stemmed from a guilty plea by the accused person.
He was arraigned before the court for fraudulently duping a foreigner of the sum of $4,100 (Four Thousand, One hundred United States Dollars) in an inheritance scam.
Olanrewaju initially pleaded not guilty when he was arraigned. He, however, changed his plea and was subsequently convicted.
Justice Ipaye ruled that the sentence should run concurrently.
Wilson Uwujaren
Head, Media & Publicity