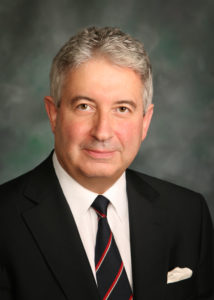 … She Relied on Sympathetic Journalists for PR

Patrick Jephson, Princess Diana’s Chief of Staff and one of the world’s leading PR experts on personal PR and branding is one of the keynote speakers at the Global PR Summit Accra, Africa’s leading international PR event, taking place from 18-19 February at the Movenpick Hotel in Accra.
His work for Princess Diana involved daily contact with officials at all levels up to head of state. He organised Diana’s public duties and journeyed with her to destinations on five continents encountering personalities as diverse as Prime Minister Margaret Thatcher, President George H W Bush, Mother Teresa, Luciano Pavarotti and the Emperor of Japan.In this interview Patrick discusses the Princess’s life, achievements, as well as the mysteries surrounding her tragic death.

You had the privilege to work for one the world’s most fascinating personalities. How did you start working for the Princess?
I was a career officer in the Royal Navy and, following extended time at sea, was selected to serve as Princess Diana’s military aide (the palace title is “equerry”). This was expected to be a two year appointment after which I was due to return to naval duty. But as my tenure was drawing to a close, it became clear that the marriage of Prince Charles and Princess Diana was in deep difficulty and that what had been a united household would soon split into two. So the Princess asked me to leave the navy and become her first – and only – chief of staff, tasked with setting up her independent office and heading her entire organization. In the words of Oscar-winning film maker David Puttnam I was “the producer of the Diana show.”

You started working for the Princess at the time when she was still married to Prince Charles. I have always wondered whether Prince Charles’s affair with Mrs Bowles was the only reason for their divorce.
The Prince’s covert but longstanding and well-organized affair with Mrs Parker-Bowles was certainly the ultimate cause of the divorce. But the Prince’s requirement for the affair grew from unhappiness in his marriage, rooted in his inability to reconcile himself with his wife’s extraordinary popularity. Had he been able to take pleasure and even pride in Diana’s success then I believe the marriage would have survived and even thrived, creating the basis for a highly successful reign as king and queen. But it was not to be. Instead, the atmosphere of deceit required to perpetuate the Prince’s affair tainted the entire organization resulting, among other demeaning consequences, in his advisors attempting to blame the Princess’s mental state for the failure of the marriage.

In recent years there have been many speculations that the Princess was the ultimate PR machine perfectly capable of manipulating the media. It seems that she positioned herself as the victim with Prince Charles as Britain’s greatest villain. What is your view on this?
Ironically, it was Prince Charles who employed an increasingly-elaborate press office to influence media opinion in his favor both during and after his marriage. For example, after Diana’s death, his office facilitated the release of the book Charles: Victim or Villain? which advanced a quack “diagnosis” that Diana was mentally unstable. I still find this and similar attempts to deface and diminish the Princess’s reputation utterly contemptible. The work of the Prince’s image-builders continues to this day as they attempt to win public acquiescence in his bid to make Camilla queen when he ascends the Throne. By contrast Diana never employed even a single press officer and relied on her record of hard work on behalf of unfashionable but deserving good causes (such as Aids, leprosy, drug addiction and homelessness) to build a bedrock of popular support. However, she was aware that the establishment media strongly favored her husband in their marital dispute so on some occasions she resorted to briefing sympathetic journalists to restore a degree of balance. I disapproved of these tactics but understood why she felt entitled to retaliate in this way.

For many she was the Princess of Hearts but I have always wondered what was she like in private? What were her biggest fears?
Like many significant historical figures, Diana was not always an easy boss to serve. She was an aristocrat to her finger tips, capable of steely defiance if she felt she had been the victim of injustice. She was also a consummate royal professional who set high standards for herself and her team. She knew that the public’s affection was earned through hard work and placed on all royal people a special obligation to live up to historic expectations of duty and sacrifice. And she was extraordinarily observant, intuitive, organized and quick-witted; I learned very early in my royal career that even a small mistake would be noticed and would often earn her displeasure. But by the same token, she was equally quick to appreciate hard work and her many handwritten notes of appreciation remain among my most treasured mementoes. As for fears, she had many: the safety and happiness of her children; any attempt to constrain her rights as mother of the future king; failure to live up to the public’s ever-higher expectations of her. She also feared, in light of her barren home life and her husband’s infatuation with Mrs Parker-Bowles, that she would never find emotional fulfillment. Despite some well-known romantic dalliances, I don’t think she ever did. Instead I believe she never ceased to love her husband and what she interpreted as her failure to be sufficient for him was sad confirmation of the worst of all her fears.

What is your fondest memory of your time with the Princess?
It’s hard to pick a single fondest memory. In eight years of very close contact, in good times and bad, in extraordinary situations all over the world, there’s a kaleidoscope of memories that compete for top spot. Private moments were best, when she could be herself and when her vulnerability or simple courage and good-humor might have melted the stoniest heart. For example, her determination not to be intimidated by her critics earned my admiration, as did her spontaneous and freely-expressed compassion for people afflicted with every kind of sickness and ill fortune. From observing these experiences I also drew my most valuable lesson: in any walk of life, people have the choice to earn the rare quality best described as “forgivability.” Some people pay fortunes for PR agencies (and press officers) in the hope that they can buy it, but never with long term success. Instead it must be earned through sustained, modest hard work and emotional authenticity. This quality of “forgivability” and how to acquire it, now forms the basis of my work as a reputation consultant.

You resigned from the position of Private Secretary to the Princess a year before her death. Where were you when you heard about her tragic accident?
I was at home in the country. It was still night but I was unable to sleep so went downstairs to the kitchen to make a cup of tea. I noticed a message on the answerphone – it was a newspaper editor asking if I had any comment on “the terrible news about Princess Diana.” I switched on the TV and, like people all over the world, sat in shock as the story unfolded. Strangely, a part of me almost wasn’t surprised: watching her tease photographers from the Fayed yacht in the South of France I felt I was witnessing her final estrangement from the role of queen-in-waiting which had been her status for the years during which I had served her. Whatever her future might have held, it would not have been as a first-rank regal operator, and more likely as some celebrity attachment to a status-hungry millionaire.

Her relationship with Dodi Al Fayed seemed to be fatal. There were speculations that they were engaged and that she was even pregnant when she died? Do you think their relationship was serious?
It’s not fair to try to judge such a thing but really I doubt it very much.

Even 18 years after her death some continue to speculate that hear death wasn’t an accident. What is your view on this?
I testified at the Inquest into her death and listened to almost all the testimony. I think it reached the right conclusion: Diana’s death was the result of an accident. In the intervening years I have remained certain that it was nothing more mysterious than the predictable final link in a chain of events set in train by the inept arrangements made for her security. Of greater interest to me is why there was never an inquest into her life – into that other chain of events, the one that took her as an idealistic young bride from the steps of St Paul’s Cathedral in 1981 and set her down sixteen years later in Paris at the epicenter of a fatally chaotic night of incompetence, machismo, alcohol and speed.

The recent Diana movie starring Naomi Watts bombed at the box office. Where you involved in the making of the movie? Have you seen it?
Haven’t seen it – and have no plans to do so. From what I hear the makers did not attach much importance to factual accuracy.

It seems the public’s interest in the Princess has declined over the years. 18 years after her death, what do you think is Diana’s strongest legacy?
To the contrary, my experience is that Diana and her life story are of enduring interest all over the world and especially in America where I now live. She remains the prism through which most of the world views all subsequent royal events – especially those involving her children. Her place in history as a highly significant figure of the late 20th Century is now assured, despite continuing efforts by a misguided minority to promote Camilla Parker Bowles at her expense. Part of the appeal is that her experiences – love, motherhood, betrayal, divorce, renewal – are understood and shared by millions worldwide. What’s more her courage in adversity and her unswerving devotion to humanitarian causes despite her personal unhappiness make her a role model for all those – women especially – who aspire to see good things come from misfortune. Duty, beauty and sacrifice are powerful cross-cultural images and Princess Diana will always be celebrated as the graceful embodiment of all three.