Home Government On Insurgency: Osgof To Produce Requisite Maps For The Military 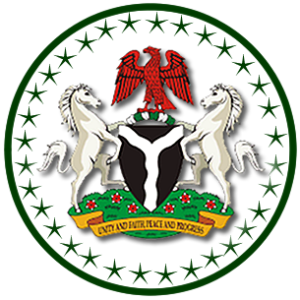 The Office of the Surveyor General of the Federation is to go into collaboration with the Defense Space Agency with the intent of producing requisite maps, charts and plans that will support the armed forces in its bid to totally eradicate the present spate of insurgency in the country.

Speaking today, when he visited the Surveyor General of the Federation, Surv. Ebisintei Awudu, mni in his office, the Chief of Defense Space Agency, AVM Tommy Udoh stated that the warfare has now taken a different form as the terrorists have been pursued by the military out of their camps in the towns and are now taking refuge in the forest.

He stated that with the present challenge of insurgency everywhere, requisite maps, charts and plans are needed to acquaint the officers with adequate knowledge of the terrain, as this will lead to a quicker elimination of the terrorists.

He further said that “the Military would have overtaken the Sambisa forest before now but the intelligence reports gathered and attempts made were frustrated by mines in the area as well as ambushment against the military forces because of the peculiar terrain”.

To this end, he sought for provision of maps and aeronautical charts, etc, to give the armed forces sufficient knowledge of the geo-spatial features within the forest. This he said, will enable them to set up their operations to match the challenges of the area, adding that training will also be needed from OSGOF in surveying and mapping services for the young military officers.

Responding, Surv. Ebisintei Awudu, fnis, mni, commended the government for its informed decision in setting up the Defense Space Agency which he said, “would bridge hitherto the existing gap between the military and the Office in the area of surveying, mapping and other related matters”.

He assured that the Office which is the national mapping agency of the Federation, holding the nation’s geospatial information, would provide the Defense Space Agency with necessary data and information to meet its needs which is targeted at ensuring adequate security for the nation.

Surv. Awudu mni, also said that the office established about 15 Continuously Operating Reference (COR) stations within the country which can be used to monitor the Nigerian airspace, adding that the Office was in collaboration with the Independent Electoral Commission (INEC) and National Population Commission (NPC) for surveying and mapping input in the various election and population matters.