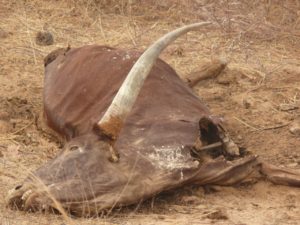 The 29 Task Force Brigade troops have also been busy  conducting clearing operations on the remnants of Boko Haram terrorists in their area of operations with remarkable success.
Within the last two days the units under the Brigade cleared the remnants of Boko Haram terrorists hibernating in the following areas;   Abukarti, Baradili, Borgozo, Gaijaribul Abukar, kolomi, Marguba, Umarumi and Yasori 1 and 2.

Similarly, the troops detonated an IED in one of the buildings at Yasori 1. It was equally discovered that prior to the clearance, the terrorists have also been frequenting Borgozo general area which  they used as harbour and staging area when conducting their nefarious activities.
Kindly disseminate this information and attached photographs to the public through your medium.