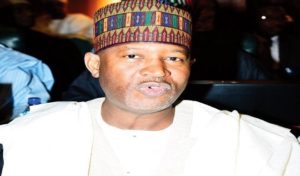 Minister of State for Aviation, Senator Hadi Sirika has warned airlines operating in the country against taking advantage of the heavy traffic during the Easter period to exploit travellers through arbitrary increase in fares.
According to Sirika, the warning has become necessary in view of some of the airlines’ penchant for unwarranted inflation of air fares during festive seasons, thereby causing untold hardship for air travellers.
According to the Minister, rather than cause problems for the travelling public, the airlines should devise better means of improving their services in terms of customer comfort, safe and timely flights, more effective information dissemination and network expansion.
He has also assured Nigerians of the preparedness of all aviation Agencies to ensure safety and security of passengers during the period and beyond. According to him, the Federal Airports Authority of Nigeria, in conjunction with the Nigeria Police has deployed sniffer dogs at the airports to complement the regular aviation security set-up.
Sirika has also directed the Nigerian Civil Aviation Authority to closely monitor the activities of the airlines to ensure strict compliance with all operational rules and guidelines in order to protect travellers against operational misconducts.
He has also congratulated the Christians on the successful completion of the Lent and charges them to use the period to pray for the Buhari Administration as it strives to effect the much desired changes that would ensure better living standards for Nigerians.
James Odaudu
Deputy Director, Press & Public Affairs

NYSC Maiden Film, “A Call to Service”, Premieres in Abuja