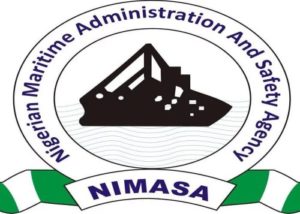 The Nigerian Maritime Administration and Safety Agency (NIMASA) and Nigerian Navy, has set up a joint committee to review the Memorandum of Understanding (MoU), guiding the relationship between the two agencies towards safety and security of the nation’s coastlines.

To this end, the review if its comes into force, may terminate the deal between the agency and the Global West Vessels Specialists Limited, allegedly belonging to former Niger-Delta war-lord, Mr. Government Akpobolokem popularly known as Tompolo.

The Director-General of NIMASA, Dr. Dakuku Peterside, stated this  when on a courtesy visit to the Chief of Naval Staff (CNS), Vice Adm. Ibok-Ete Ibas, at Naval Headquarters, Abuja.

Peterside said that the timeline for the MOU has elapsed and must be reviewed in accordance with the contemporary realities and security challenges.

He insisted that the old agreement is now moribund and commended the Navy for the excellent work at maintaining maritime security across Nigeria’s waterways.

Peterside said that his agency is seeking the necessary local and international collaboration to make sure the issue of piracy to become history within one year.

He disclosed that they have approached the National Assembly (NASS) for Anti-Piracy Bill to become an act empowering NIMASA for enforcement and charged for prosecution.

Responding, Ibas commended Peterside visit to the Navy first as strategic partner in protecting the maritime sector of the country.

He also agreed with the Director General that in the country had in the last few months witnessed an upsurge piracy and criminalities in the maritime sector.

The Naval Chief however noted that a lot of measures are being put in place to maintain sustained security in the coastal region through provision of intelligence equipment, setting  up of a Task Force team and at least three to 10 capital ships and over 20 boats.

Meanwhile, the review of the existing MoU is coming months after both the Navy and NIMASA reasserted the agreement with Tompolo’s company and others, saying it did not in any way encroach on the constitutional duties of the Nigerian Navy to protect the nation’s maritime coast.