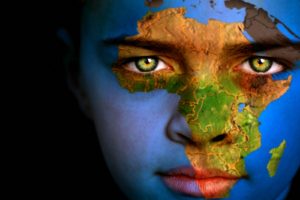 The African Diplomatic Group in Nigeria has released a series of activities in commemoration of the celebration of the 53rd African Day.
Africa Day is an annual commemoration of the May 25, 1963 founding of the Organization of African Unity (OAU), which was succeeded in 2002 by the African Union (AU).
A release from the African Diplomatic Group says this year’s activities begin on Saturday, May 21, 2016 with a visit by the African Ambassadors and High Commissioners to the Kuchingoro Internal Displaced Person (IDP) Camp in Galadimawa, near Games Village in Abuja.
The Heads of African Mission will identify with about 1, 500 IDP’s with the distribution of an assortment of food items and medicines which takes place at 10AM.
Then on Wednesday, May 25, 2016, a public lecture to commemorate Africa Day will hold in the Auditorium of the Ministry of Foreign Affairs at 2PM.
According to the release, His Excellency, Ambassador Professor Ibrahim Gambari will deliver the lecture.
A formal evening program including a buffet dinner of cuisine of various African states represented in Abuja will later take place on the same day on invitation at the Ladi Kwadi Hall of the Sheraton Hotel from 6PM to 9PM.
The commemoration of Africa Day focuses on the objective of the AU which is to promote “an integrated, prosperous and peaceful Africa, driven by its own citizens and representing a dynamic force in global arena.”
On May 25 1963 in Addis Ababa, Ethiopia, the 32 African states that had achieved independence at that time agreed to establish the OAU. A further 21 members joined gradually, reaching a total of 53 by the time of the AU’s creation in 2002. On 9 July 2011, South Sudan became the 54th AU member.
Successful in overcoming the challenges and threats to African unity, the AU is now actively addressing the lingering issues of cooperation in fighting underdevelopment and terrorism that are beyond the reach of any single African state to tackle, by promoting peace and security, intra-Africa trade and regional integration as drivers of sustainable human development in Africa.
PRNigeria
PRNigeria encourages institutions to be transparent in their information management as it provides news items from authoritative sources for free use by the media