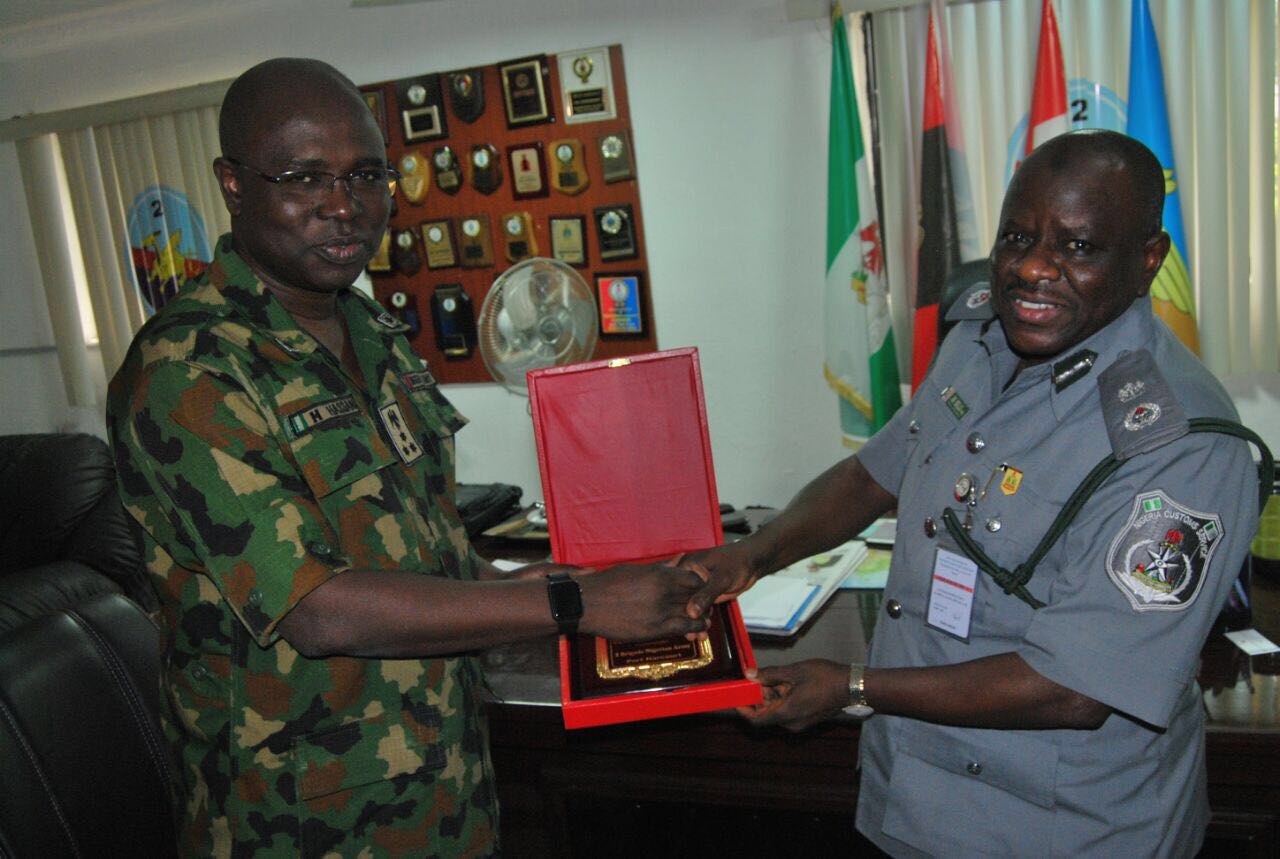 The Customs Area Controller, Eastern Marine Command, Port Harcourt, Comptroller Usman Bello, has called for constant synergy with the 2nd Brigade of the Nigerian army in Port Harcourt on marine patrol and training.
This is contained in a statement issued by the Deputy Superintendent of Customs and Public Relations Officer, Julius Uzowuru, on Friday in Port Harcourt and made available to newsmen.

According to the statement, Bello made the call during his courtesy visit to the Brigade Commander, 2nd Brigade, Nigerian Army, Port Harcourt, Brig.-Gen. Hamisu Hassan.

The statement explained that the visit was in continuation of Comptroller Bello’s tour of Military and Para-military organisations in his area of jurisdiction.

Comptroller Bello sought for constant synergy, cooperation and collaboration with the Nigerian Army in patrolling the marine areas in his area of command.

“The call for synergy becomes necessary because of the volatile nature of the marine environment where the Customs command patrols,’’ the Controller said.

He sought the assistance of the Military in terms of training of the officers and men of the command on the usage of the military shooting range in Port Harcourt where officers could be trained to discharge their duties effectively.

Responding, the Brigade Commander assured the Customs Controller of the readiness of the Nigerian Army to assist Customs at all times.

Brigadier-General Hassan gave approval that Customs should use the shooting range of the army in training their officers.

He also assured Comptroller Bello of further assistance in terms of logistics for Customs operations in the marine area of Port Harcourt.

Hassan said that the Customs Controller should always contact him at all times for any assistance.

Brigadier-General Hassan also presented Bello with a Souvenir to commemorate the courtesy visit.