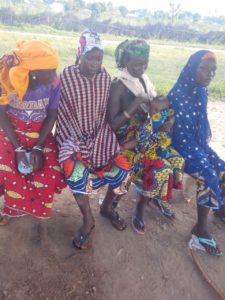 Troops of 33 Brigade Nigerian Army on patrol at Mai Hari village, Alkaleri Local Government Area of Bauchi State yesterday afternoon had an encounter with armed bandits and kidnappers. After fierce exchange of gun fire, the troops killed 2 of the kidnappers and rescued 4 women and a child earlier kidnapped. The victims have been reunited with their families at about 2.00pm yesterday.

The troops have continued with patrols and raids of suspected kidnappers and armed bandits hideouts in Bauchi and Gombe States under the auspices of Operation FOREST KUNAMA.