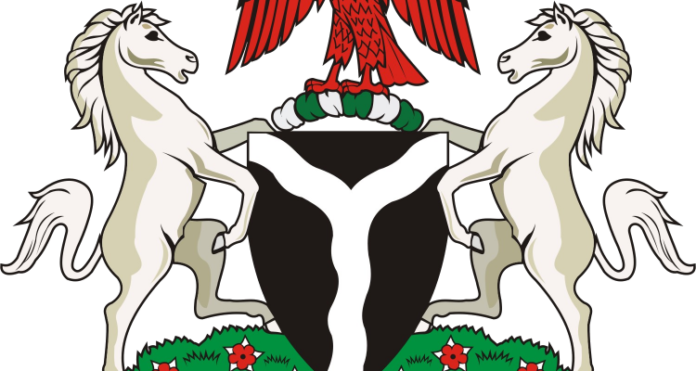 “Change begins with me” is apt in the present Nigeria situations where many of her citizens exhibit acts of indiscipline with penchant to get rich quickly through any means that has undermined the society’s core value. The greedy leeches few among us have tarnished the country’s image before the local and international communities. It has also destroyed the customs and norms such as honesty, dedication, transparency, respect, accountability, responsibility, peaceful cohabitation and belief across the country. The inability of previous governments to provide basic infrastructures and focused leadership had resulted in economic downturn, religious extremism, ethnic Militias and economy saboteurs in the country.

We should not surrender the space to propagandists and the selfish few who have hauled in our ears and before our sights, falsehood and have emasculated some people intellect. This group have promoted and supported the impunity that stalled our political and socio economic development.

The wailers are a negligible percentage in the population but have unfettered access to medium to raise their voices to the roof top to promote their questionable and demeaning behavior.

The way facts and figures were twisted by some of our media houses and online rumour mongers to divide Nigerians along ethnic and religious lines is appalling and dangerous. It is clear to discerning Nigerians that, it is deliberate act since Nigerians do not keep records and easily forget what transpire in the past due to excruciating poverty that is affecting a larger percentage of the population.

This apathy has created avenue for some agonizing citizens that refused to accept that the goal post had shifted from maladministration to honesty and transparent government, to now use the present economic downturn to create confusion through social media by twisting fact that is well documented on the previous government failure to save for the raining days.

The economic problems Nigeria is experiencing today did not just start under this administration. Majority of Nigerians are aware of this but a few mischievous and misguided individuals try to foist their myopic opinion and pass wrong information to the youths of the nation to derail the initiatives of the present administration which are geared toward diversification of the economy and attitudinal change of our people.

Reflecting on the past is an essential study of humanity as it helps us to interpret human behavior. Looking at the past will eventually shape our decision making process for the future. We need to remind ourselves often about who we are and how we got to where we are. In the cause of looking at the past, we are bound to agree and disagree on what led to the mess, and as policies are being formulated to fill the yawning gap.

She said further that, “we have a product when we know that in boom times you have to save so that we can continue to put those savings into development and growth during the bad times. We saved $22 billion because the political will was there for that. When 2008-2009 crises came we were able to draw on these savings precisely to inject 35% of GDP fiscal stimulus into the economy. We did not resort to borrowing. This time around, you need not to have only instrument but also need the political will. In my second term as Finance Minister from 2011-2015, we have the instrument, we have the need, we have done it before with zero political will, so we were not able to save when we should have when we have price which was above $100 more, we did not save, we did not keep aside money that would have helped us during this period and that is why you find Nigeria is now in this situation is in along with several other countries”

In his post on face book on the current recession, Dr. Moses Oduh posited that “an import-dependent economy is highly susceptible to exchange rate fluctuation; recession is not generated by any instantaneous impulse of economic shock, but by domestic and external shocks, some exogenous factors; and more importantly accumulated regime errors and the attendant shocks”.

A family pretending to be rich by borrowing from neighbors to merry, club and make donations is only postponing the evil day. The evil day has finally come because a member of the family has stopped the old ways of borrowed life….think of a typical Keynesian economics of the evils of today and “pretended goodies and errors of the past”.

I recalled the potent argument of the former Minister of Industry, Trade and Investment, Olusegun Aganga that we cannot continue to import and subsidize petroleum products as well as not adding value to our raw materials: .”No country on earth, has been able to move from an under-developed economy, into a developed country without having a firm and robust industrial and services sector, which focuses on adding value to raw materials. No country has moved from a poor country to a rich nation by relying on the export of raw materials as Africa and indeed Nigeria did for decades. When we operate at the lower end of the supply chain, we will remain poor.”

From these premise, I vehemently disagreed with the summation of a columnist with Punch Newspaper, Abimbola Adelakun (Thursday, September 8, 2016) that “Change does not begin with the average Nigerian” in an attempt to down-play importance of public enlightment and orientation of Nigerians on the “Change begins with me Campaign”

Government responsibility is and will continue to be to use any apparatus and schemes that would mobilize its citizens towards inculcating act of discipline in all human endeavours. This will make citizens to be aware of their duties and responsibilities and it would also position them to make demands and do a follow up on what is right in the political system.

President Muhammadu Buhari, noted that, “the campaign is all about the need for us to see change not merely in terms of our economic, social progress but in terms of our personal behaviour on how we conduct ourselves, engage our neigbhours, friends and generally how we relate with the larger society in a positive and definitive way and manner that promotes our common good and common destiny, change at home, change in the work place, change at traffic junction, change at traffic lights etc”.

We need attitudinal change to be a producing nation rather than rely on importation of foreign goods that drain our economy and foreign reserve. Our people have to be gingered and mobilized to patronize made in Nigeria goods and for them to have the belief that institutions of government would always follow due process in the formulation and execution of policies.

This government has shown the direction to Nigerians by curbing act of corruption and prosecuting those that deep their hands in our commonwealth. This action has created condusive environment for companies and individuals to transact business easily and successfully with public institutions.

The present government since inception has curtailed the monster of bribe taking by government officials compared to the situation reported by the World Bank 2011 investment assessment of Nigeria which stated that:

“One-third of micro-enterprises reported that informal payments/gifts to government officials were commonplace, suggesting that registered firms confront more requests for such bribes.” The report added that micro-enterprises have a greater mistrust of institutions than formal firms. Indeed, 63 per cent of formal sector firms reported that the application of laws was not consistent and predictable, compared to 72 per cent of microenterprises”.

The global community appreciated the giant strides that have been made by President Buhari’s administration in fighting terrorism and corruption, as well as brave decisions made in tackling the nation’s economy at a time of global economic meltdown. International communities and investors have shown confidence in Nigeria because of the zero tolerance to corruption by the present government.

Government fiscal and monetary discipline, massive capital expenditure on infrastructure, diversification of the economy and value addition pursuit of private sectors would eventually engender socio economy boom for this country in due course. The lull we are experiencing now has moved everybody to put in their thinking cap and innovative ingenuity to contribute to the growth through massive participation of individuals, private and public sector in agriculture and agro business.

Everyone in this country is a stakeholder in the Nigeria entity. Nigeria can be what you want it to be if you are willing to play your part by expunging act of indiscipline, tribal and religious sentiment, decapitating of national treasures and act of vandalism.

Kudos must be given to this present administration that is able to manage a mono economy that had lost half of its oil production and revenue to saboteurs. The crash of crude oil price as well as the penchant for Nigeria for foreign goods has escalated demand for foreign currencies and putting a stress on the economy.

Nigeria is a blessed country. There is no part of the country where you cannot cultivate one commodity or the other. Also, there is no country in the world that is as blessed as Nigeria. We will work together to maximize our God-given potential by growing the commodities sub-sector. This will go a long way in reducing unemployment and insecurity in the country.

To skeptical Nigerians who intends to continue the old ways, Nigeria has moved on to tackle decay infrastructure, corruption, mono economy, nepotism, religious intolerance to a country that have started diversification of the economy, value addition to commodities products, aggressive cultivation of rice, wheat, palm oil, cocoa, cassava, tomatoes and backward integration of these products as well as modest standard of living and patronage of made in Nigeria goods. In a couple of months citizens will experienced growth, bumper harvest, increased industrial capacity, stable electricity and development.

Change Begins with Me is a campaign meant for a paradigm shift in the way we do things in Nigeria. It is geared towards achieving attitudinal change in our consumption of imported goods, attitude to work, obedience to rules and regulations, honesty, transparency and obedient to due process. For us to record meaningful recovery from recession we have to embrace diversification of the economy, patronize made in Nigeria goods, abide to standards, fair trade, value addition and massive participation of the citizens in agric and agro allied industries. The success of the campaign requires the commitment of the people and their desire to end indiscipline in all activities they engaged in. There is hope that Nigeria will be a great country if we imbibe the culture of discipline by abiding by the rules and regulations we set for ourselves in the country.