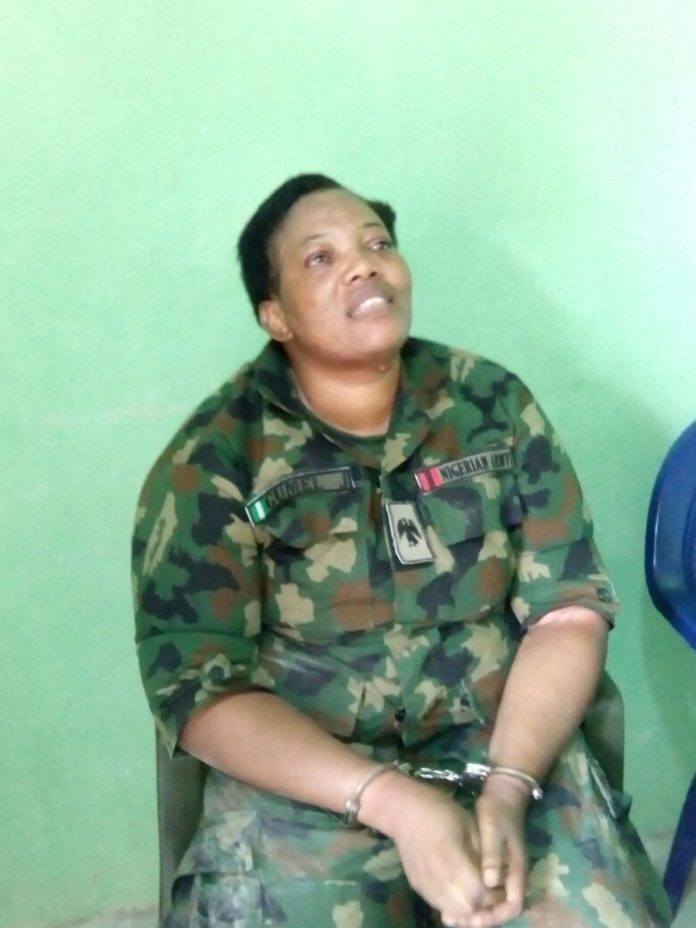 A woman was arrested wearing Nigerian Army uniforms with a fake identity card.

The fake army officer who was arrested along Gwagwalada falsely claimed to be a Major in the Nigerian Army.

PRNigeria gathered that the fake officer who also claimed to be a serving Medical Doctor was alone when she was arrested.

Contrary to insinuation, the fake Major Juliana Gumel was not carrying Improvised Explosive Devices (IED) nor was she with kids when she was arrested.

He said: “she claimed to be a Medical Doctor and a ” major” with a fake Private Soldier’s outdated identity card. But not with IED. I believe Guards Brigade or the Nigeria Police will issue a formal statement on it.”