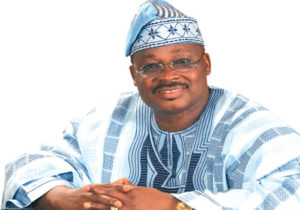 The Oyo State Government has disclosed that it has summarily dismissed 662 workers from the state civil and public service for forged West Africa Secondary School Certificates (WASSCE), saying that about 2,021 fictitious names of workers and pensioners have been expunged from the its payroll.

The state Head of Service (HOS), Mr. Soji Eniade made these disclosures during the press briefing about the decisions of the Executive Council meeting held on Monday at the governor’s office Ibadan.

Eniade, who was accompanied at the press briefing by the Commissioner for Information, Culture and Tourism, Mr. Toye Arulogun as well as the Permanent Secretary in the Ministry, Dr. Bashir Olanrewaju, while giving a situation report on the on-going reform in the state civil and public service stated that about 684 workers were not found at their duty posts during the last Physical verification Exercise (PVE) carried out in the state recently.

He added that the state government discovered that 662 personnel on its payroll were in possession of forged WASSCE certificates discovered during the certificate verification handled by Messrs. Captain Consulting consultant, highlighting that 305 of the personnel were from the local government, 152 from ministries, 149 from Teaching Service Commission (TESCOM), 28 from parastatals and two from the State Universal Basic Education Board.

Eniade pointed out that 670 workers that were discovered to have submitted forged certificates, 8 out of them resubmitted their WASSCE certificates for re-verification while the remaining 662 had been summarily dismissed and the onus is now on them to prove that the WASSCE certificates in their possession are original.

The HOS said that the exercise is a continuous one as the consultant is expected to extend the verification to higher institutions certificates submitted by the state civil and public servants and consequently urged the workers who are still in the service to voluntarily resign as the government will deal with them within the ambit of the law.

He emphasized that the action of the government is not meant to witch-hunt anybody, saying that what the government is doing is a standard periodic self-check which is standard practice throughout the world where quality service delivery is expected.

According to Eniade, “I am an advocate of some of the Private Sector practices to be injected into the public and civil service in the state. The level of decadence in the system is embarrassing and this cannot continue. What the government is doing is called self-check. There is financial check, institutional check, quality check et al. Any organization or even individual that wants to progress must engage in self-check as standard practice.

“The government engaged the services of a consultant and this is the same consultant used by the previous administration. We do not want any interference and that is why we have engaged a third party to weed out the bad ones amongst us all. In 2013, workers with fake certificates were dismissed and it is a continuous process which the government will see to the end.

“We are using the exercise to determine the quality and the quantity, right size, of the workforce for efficiency, prompt salary payment, and service delivery to restore the lost glory of the public and civil service. Initially, we had a total of 670 and 8 out of them have represented their certificates. We will give them the opportunity of re-verification. We believe in the saying that he who comes to equity, must come with clean hands.

“Also, we have started issuing queries to the personnel that prepared the payrolls where fictitious names were discovered. We want them to tell us where they generated the names and explain why disciplinary actions should not be taken against them,” the HOS added.

Eniade further noted that after the completion of the exercise, areas that needed to be fortified will be fortified, redistribution will be done as well as retraining to properly position the state workforce for present and future challenges.