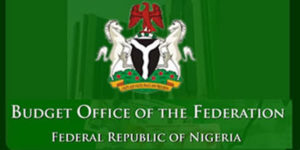 “The United Nations Institute for Training and Research (UNITAR) for selected Least Developed Countries (LDCs)  Learning Conference should help make the Sustainable Development Goals (SDGs)’ vision and implementation a reality across individual country level and Africa in particular”.
Mrs. Zainab Ahmed, Honourable Minister of State for Budget and National Planning made this assertion in a keynote address at the Learning Conference of the Government of Nigeria/UNITAR Agenda 2030 held on Wednesday in Abuja.
According to her, the SDGs Agenda which was shaped by many voices including Africa has in the last two years witnessed series of events which have become critical in the drive to attain the global SDG 2030 Agenda and Agenda 2063.
She added that the SDG agenda and Agenda 2063 demonstrate the scale and ambition of the new agenda which have the potential to transform nations and lives.
The Minister of State went further to highlight the uniqueness of the Conference saying it signals Africa’s path of mutual learning on the implementation of the new global agenda in much tougher times than those that prevailed when the MDGs were launched in year 2000.
According to Ahmed, global economic growth is now far from being robust, and Africa is facing up to more serious challenges than previously anticipated. “The challenge now would be how to translate the global and regional goals into responsive strategies that will see a transformed continent by 2030” she added.
The United Nations Development System is providing integrated and coherent support to needy Member States as part of efforts for the effective implementation of the SDGs and Agenda 2063 at each country level in Africa.
The Minister reiterated that the UN development Group has agreed on an approach to support countries in implementing the SDGs.
She however, advised that the global and regional goals be incorporated into national development plans in the near future so as to reduce transactional costs of implementing and reporting on parallel objectives as it was the case with the MDGs.
Ben Bem Goong
Acting Director (Information)

At Home With Mr Nigeria