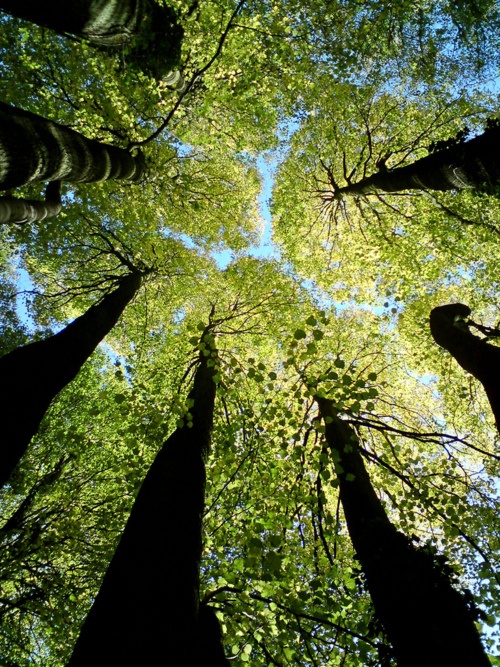 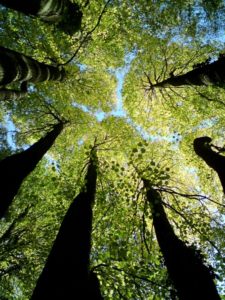 The role of Sustainable management of forests in the attainment of the United Nations’s Sustainable Development Goals (SDGs)  has again been brought to the fore as Nigeria joins the rest of the world in the celebration of the international day of forests.
The Minister of State for Environment, Ibrahim Usman Jibril has averred that Nigeria will continue to ensure that support for actions aimed at the mitigation and adaptation of climate change receives topmost priority.
The Minister gave this pledge Tuesday ‎in Bako plant nursery located in Kwali Area Council of the Federal Capital Territory, venue of the 2017 international day of forests celebration.
Ibrahim Jibril noted that the theme of this year’s celebration “Forests and Energy” is ‎geared towards raising awareness on the importance of forests in the supply of fuel wood energy.
According to him, “planting and sustainable management of our forest reserves are veritable tools in meeting the United Nation’s Sustainable Development Goals (SDGs) as it has the capacity to grow green economy”.
The Minister lamented the high rate of consumption of fuel wood which is estimated at about 87 percent as recorded in the Solar Cooking Archive (2011) with daily consumption rate put at 27.5 million kilogram per day. A situation which he said is unacceptable  and very alarming as it far exceeds the sustainable production from both the natural and artificial forests. ‎He added that the ugly trend has led to a large scale of deficit and degradation of forests nationwide to meet fuel wood supply.
He stated that it had therefore become expedient for government to urgently take proactive measures to arrest this ugly development so as to guarantee sustainable utilization of our forests.
“To enhance the sustainable use of the forests, government has put in place the following strategies such as control of wood exports through the instrument of CITES, engagement of wood based industries in reforestation, enhancing conversion efficiency, increased value additions for processed wood before exportation”.
“Government has also floated the first ever Green Bond for the purpose of accessing funds for forest regeneration and afforestation as well as the engagement of development local and foreign partners such as the Republic of Korea government”.
‎The Minister also revealed that in order to increase the role of forests in providing renewable energy and reduce pressure on our forests due to extraction, the ministry will continue to partner with relevant Agencies of government to work out modalities for the provision of alternative sources of energy and improved wood shoves for rural population as well as intensify environmental education in and roll out new public awareness programmes on forest conversation.
“It is obvious that the national forests alone can no longer sustain the growing need for fuel wood consumption in the country, there is therefore the need for a paradigm shift to alternative sources such as improved cooking stove, increased plantation of wood lots in our communities and individual farms, putting an end to indiscriminate bush burning and illegal felling of trees, increased urban and rural tree planting amongst other things.
In his remarks, the Ambassador of the Republic of Korea to Nigeria, His Excellency, NOH Kyu-duk noted that by undertaking to face the challenges against the forests by tackling climate change and desertification of the northern territories other than mainly focusing on economic advancement, the Nigerian government was not only writing its name in gold but also contributing its quota to a cleaner and healthier environment.
“Nigeria, under the leadership of His Excellency President Mohammadu Buhari, is on the right track. As the giant of African continent and beyond, it has been wise not to be overtly focused on the economic development but also balance it with the environmental sustainability”.
He therefore pledged his government’s continued support and commitments to‎ Nigeria towards making the country green.
Korean Government’s Official Development Assistance (ODA) to Nigeria since 1991 stands at ‎about 57 million US dollars.
Goodwill messages at the occasion were delivered by the Director- General of the National Youths Service Corps (NYSC), but  represented by Onyike Sunday, the Permanent Secretary of Agriculture Ministry, who was represented by Engr. Sunday Edibo the Director in charge of climate change at the Ministry, and from development partners such as the MTN Communications Group‎ BAMUS NOK amongst the others.
Highlights of the occasion ‎was the presentation of technical materials and a Kia truck valued at $130,000 by the Korean Government as well as the presentation of Awards to deserving recipients by the Permanent Secretary of the environment ministry, Dr. Shehu Ahmed who represented the honorable Minister at the event.
Ovuakporie Efe
For: Director Press