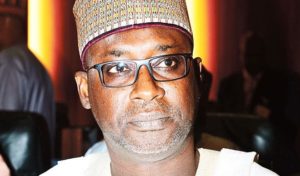 He said that the President has appealed to the 21st Session of the Conference of Parties to the United Nations Framework Convention on Climate Change (COP21) held in Paris for concerted approach and international support for the rehabilitation of the Lake Chad Basin.

He stated that the objectives of the Lake Chad Basin Climate Change Resilience Action Plan          (LCB-CCRAP) include amongst the following:

to facilitate the rehabilitation of Lake Chad with a vision to restoring livelihood in the basin,

to collaborate with the Federal Ministry of Environment and other stakeholders to provide recreational parks and other amenities around the basin to reduce and bring to the minimum the incidence of open defecation, and lastly,

In her welcome address, the Permanent Secretary Federal Ministry of Water Resource, Mrs. Rabi S. Jimeta, mni represented by the Director  of River Basin Development and Inspectorate, Dr. Musa Ibrahim said that  the drying up of the Lake Chad Basin in the past years has affected over 20 million people who reside in the region. “We all know that the means of livelihood of the people in the basin comprises of fishing, farming and livestock production. The most adversely affected livelihood of the people is fishing due to the shrinking of the Lake and the lower/reduced flows from its feeder rivers”.

She said that Lake Chad Basin Commission (LCBC) has developed the Lake Chad Development and Climate Resilience Action Plan on interventions that will strengthen Climate resilience to address the challenges of socio- ecological system of Lake Chad Basin.