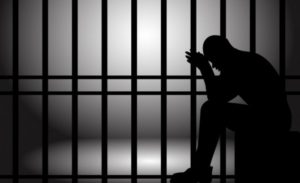 The Independent Corrupt Practices and Other Related Offences Commission (ICPC) has secured a 6-year jail term for a visa racketeer,Mr. Victor Charles Ndubueze.
Mr. Ndubueze was charged to court by ICPC on a 3-count charge bordering on impersonation and forgery under Sections 132 and 363 of the Penal Code and punishable under Sections 132 and 364 of the 532 Laws of the Federal Capital Territory, Abuja .
The case came up for judgment on 2nd May, 2017 and the defendant was convicted on all the three counts by Hon. Justice Abubakar Sadiq Umar of the Federal Capital Territory High Court sitting in Maitama, Abuja. The accused was subsequently sentenced to 2 years imprisonment on each of the counts which would run concurrently.
ICPC Counsel, Ekoi Akponimisingha, had told the court that Ndubueze had posed as a Director in the Consular and Immigration Service Department (CISD) of the Federal Ministry of Foreign Affairs, Abuja to commit the offences.
The convict was said to have sent false documents via email while posing as Mr. Akinkumi Rockson, who is CISD Director II, Ministry of Foreign Affairs with the intention to hoodwink the Taiwanese Ministry of Foreign Affairs to offer him entry visas for 5 applicants via the Trade Mission of Taiwan in Abuja.
The convict had also forged a letter of introduction from the Federal Ministry of Foreign affairs in the name of Mr. Rockson, to introduce the 5 applicants as journalists going to Taipei for a Computer expo, whereas they were all automobile spare parts dealers resident in Aba, Abia State.
On receiving a report  from the Ministry of Foreign Affairs on the criminal activities of the convict, ICPC swung into action and investigations were carried out which established to the Commission that the suspect had indeed committed the offences.
Mrs Rasheedat A. Okoduwa mni
Spokesperson for the Commission