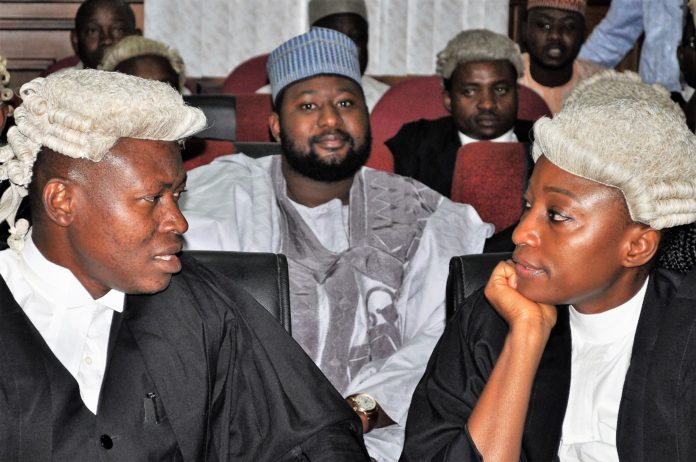 Shamsudeen Bala, son of a former Minister of the Federal Capital Territory, Bala Mohammed, was on May 30, 2017 re-arraigned by the Economic and Financial Crimes Commission, EFCC, before Justice Nnamdi Dimgba of the Federal High Court, Abuja.

The amendment, which was effected in counts 10 to 15, according to prosecution counsel, Ben Ikani, “was to accommodate new information” in the alleged charge brought against them.

In one of the amended counts, the prosecution alleged that Bala knowingly failed to declare “the sum of £472.26 standing to your credit domiciled at Standard Chartered Bank Plc, an offence contrary to section 27 (1) of the EFCC Act 2004”.

He was also alleged to have deliberately concealed the sum of $32,512.44 and €17.45 in the same bank but with different account numbers, while declaring his assets, an offence contrary to the EFCC Act, and punishable by same. He also allegedly “without going through a financial institution made cash payment of N200 million only to Faruk Saleh at Abuja as payment for purchase of House 2A, No 7 Gana Street, Maitama, Abuja, which exceeded the statutory limit”, an offence contrary to the Money Laundering (Prohibition) Act 2011 as amended in 2012.

He pleaded “not guilty” to the charges when they were read to him.

His counsel, Chris Uche, SAN thereafter urged the court to allow him continue to enjoy the bail earlier granted to him on February 3, 2017 two days after he was first arraigned.

Uche, further requested for time to study the amended charge dated May 25, 2017, which he said he was “only being served” by the prosecution.

Ikani did not oppose his application for bail.

Justice Dimgba has adjourned to June 26, 2017 for “continuation of hearing”