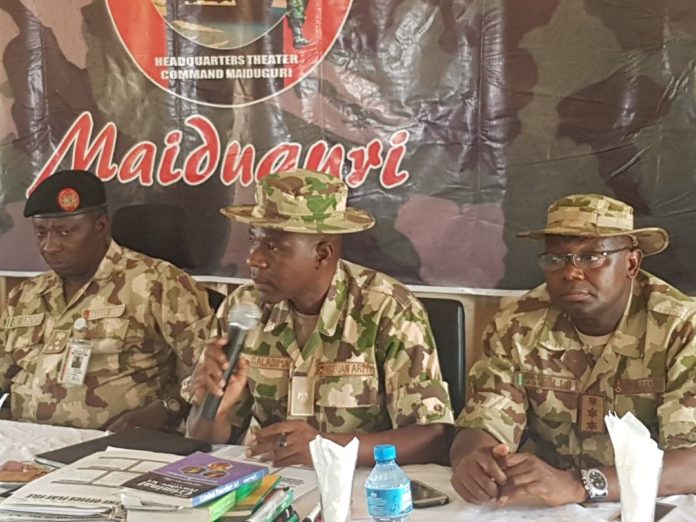 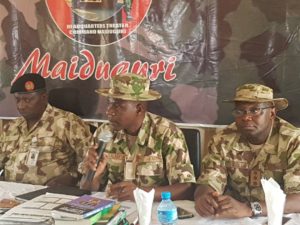 ….  as National Human Rights Commission praises Army for transparency in trialThe General Court Martial (GCM) sitting at 7 Division, Nigerian Army in Maiduguri, Borno State has concluded the cases of 5 soldiers bordering on violation of human rights and other operational offences in Operation LAFIYA DOLE.Delivering  judgement, the President of the Court , Brigadier General  Olusegun Adeniyi announced the court sentence of reduction in rank to Private in 2 count charges for Sergaent Samuel Balanga who is convicted for desertion and miscellaneous offences.

Similarly, the court sentenced Private Chima Samuel who was convicted for aiding and abetting murder of a minor Yakubu Isah in Maiduguri to 15 years imprisonment.
Lance Corporal Hilary Joel who was convicted for murder of a suspected Boko Haram terrorist in Damboa was sentenced to death. Also Corporal Aliu Audu who was  charged for assault was reduced to the rank of Private.
Trooper Sunday Ogwuche who was convicted for stealing and unlawful possession of 641 rounds of 7.62mm  Special was sentenced to 2 years and 5 years imprisonment. The representative of the National Human Rights Commission present in court,  Barr Jumai Usman Mshelia who is the Commission Acting Zonal Coordinator in Borno State commended the Nigerian Army for the transparency in the trial of the a accused soldiers . She expressed delight that the  Nigerian Army has shown that it is a discipline organisation and airing personnel are tried for wrong doing. She was happy that justice has been servedKINGSLEY SAMUELLieutenant ColonelDeputy Director Army Public Relations 7 Div
PRNigeria encourages institutions to be transparent in their information management as it provides news items from authoritative sources for free use by the media