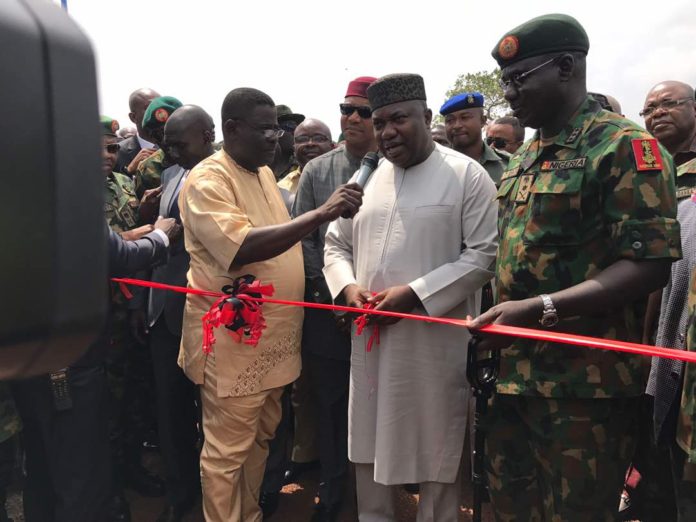 The Nigerian Army has commissioned a mega water treatment plant at Abakpa Cantonment in Enugu, capable of treating and supplying one million litres of water daily to the barracks and its host communities.Abakpa cantonment is the headquarters of the 82 Division of the Nigerian Army.The Chief of Army Staff, Lt.-General Tukur Yusuf Buratai, who inaugurated the project said the plant would solve the over 30-year-old perennial water problem in the barracks and its environs.He said that the project was the first water treatment plant constructed solely by Nigerian Army Engineers.General Buratai added that the Enugu State Government provided the transformer to power the plant and additional funds for its construction.Buratai also said that the state government had promised to construct the road leading to the treatment plant from the cantonment gate.The plant sources water from Miri Ocha River, flowing behind the cantonment.The General Officer Commanding (GOC) 82 Division, Major General Adamu Abubakar, who conceived and executed the project, said it was executed through direct labour by 44 Army Engineers.Abubakar said the plant used rapid filtration system, adding that water from the plant had already been certified fit for consumption by the National Agency for Food and Drugs Administration and Control (NAFDAC).Gov. Ifeanyi Ugwuanyi said the state government would collaborate with the army to replicate the technology to upgrade the water supply scheme in the state.By PRNigeria