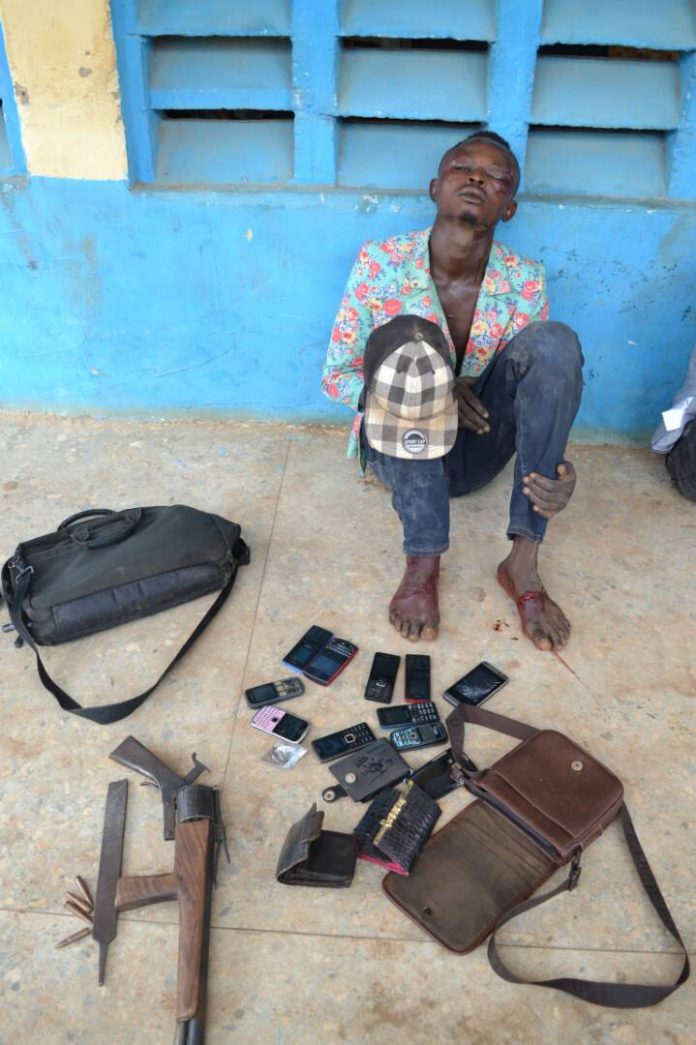 The Commissioner of Police FCT, CP Musa Kimo psc has reiterated the unyielding commitment of the FCT Police Command under his supervision to intensify its onslaught against unrepentant criminals in the Federal Capital Territory.
He stated this on Monday while receiving security brief from the Apo Divisional Police Officer, CSP Yahaya Jega on the arrest of two notorious armed robbery suspects whose syndicate has been terrorising residents of Waru and its environs.
The suspects one Kingsley Ewoh ‘m’ 24 years and Chidibere Ejike ‘m’ of Waru, Apo were arrested on 7/08/17 at about 5:30am after a distress call was received that they were carrying out a house to house robbery attack on residents of Waru and dispossessing occupants of cash, phones and other valuables. The syndicate is also renowned for its late-night attack on fun seekers at relaxation joints. One of the suspects who sustained injury while trying to escape has been taken to hospital for treatment.
The exhibit recovered from the suspects include one locally fabricated revolver pistol, four live cartridges, ten (10) phones of different makes, three (3) wallets and quantity of dried leaves suspected to be Indian hemp.
The CP has ordered the immediate transfer of the suspects to the Command Criminal Investigation and Intelligence Department for discreet investigation.
DSP Anjuguri Manzah
Police Public Relations Officer
FCT Police Command,
Abuja.