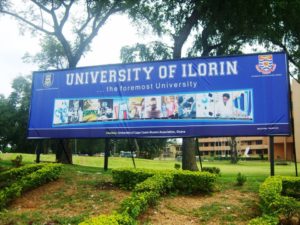 Noting that the tenure of the Vice Chancellor, Professor A.G. Ambali, OON, will come to an end on 15th October, 2017, Council commenced the process for the appointment of a new Vice Chancellor by announcing the vacancy in two National Newspapers, This Day and the Herald on Friday, 14th April, 2017.  The advertisement was also placed on the University website and the University’s Weekly Bulletin.
Interested applicants were given six (6) weeks to submit their applications with a closing date of 26th May, 2017.  Immediately thereafter, Council met and constituted the Joint Council/Senate Selection Board as well as the Search Team for the appointment of Vice Chancellor.
The Search Team visited Universities in various geographical zones of the country and contacted senior academic staff in these institutions who might not have applied for the position.  Subsequently, the Selection Board considered all the applications received and shortlisted candidates based on the various parameters indicated in the advertisement.
The Selection Board later interacted with the shortlisted candidates over a period of three (3) days from Wednesday, 23rd to Friday, 25th August, 2017.  At the end of the exercise, the Selection Board forwarded its recommendation to Council for further consideration.
At its meeting on Monday, 28th August, 2017, Council, in accordance with the University Act and the provisions of the Universities (Miscellaneous Provisions) (Amendment) Act 2003, considered the recommendation of the Selection Board and I am happy to announce that Council approved the appointment of  Professor Sulyman Age Abdulkareem as the 10th Vice Chancellor of the University of Ilorin.  The appointment is to take effect from 16th October, 2017.
DR. ABDULLAH JIBRIL OYEKAN, MFR
Pro-Chancellor & Chairman of Council
28th August, 2017