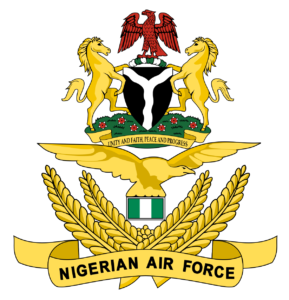 The Nigerian Air Force (NAF) held its 2017 Third Quarter meeting with Branch Chiefs, Air Officers Commanding (AOCs) and Commanders of various NAF units. The meeting, which was presided over by the Chief of the Air Staff (CAS), Air Marshal Sadique Abubakar, was to review the progress made by the Service since the last meeting that was held three months ago. The meeting was also aimed at identifying new challenges and charting a way forward. In addition, the meeting afforded the CAS and the Branch Chiefs at NAF Headquarters the opportunity to intimate field commanders with the current policy directions in respective fields.In his opening remarks at the meeting, Air Marshal Abubakar stated that so much had happened in the NAF in the preceding three months. He stated that reports from units indicated that the NAF was making substantial progress in the discharge of its constitutional responsibilities. “Since the last meeting, we have flown over 1,077 hours in Operation LAFIYA DOLE, consuming about 1,032,000 litres of aviation fuel in the process”, the CAS said. Air Marshal Abubakar also disclosed that the NAF had made significant progress in the training of pilots in the last 3 months. For instance, the NAF graduated 16 student pilots at 401 Flying Training School (FTS) Kaduna, adding that it was the first time in 32 years that the NAF would graduate cadets from 401 FTS. He said he looked forward to the day that cadets would qualify as Instructor Pilots, noting that it had happened before and would happen again. The CAS expressed gladness that aircraft availability in 401 FTS Kaduna had increased by about 300 per cent from the three trainer aircraft in 2015. On recruitment, he stated that the NAF had recruited over 4,900 persons out of which 1,900 had completed training as airmen/airwomen and deployed to various units while another 1,500 are undergoing training, with another 1,500 scheduled to commence training afterwards. In addition, 406 have been enlisted into the Service out of which 206 have been commissioned as Direct Short Service officers while 200 would commence cadet training on 16 September 2017.On humanitarian intervention schemes, the CAS said that, during its medical outreach programmes, the NAF provided free surgical interventions to about 133 Internally Displaced Persons out of 201 that were treated. In the same vein, the NAF was already intervening to provide succour to victims of the recent Makurdi Flood.Similarly, the NAF projected airpower beyond Nigeria’s territory within the same period, through its C-130H aircraft that was used to deliver relief materials to victims of the mudslide in Sierra Leone. Air Marshal Abubakar attributed the successes recorded to the collective contributions of all the principal staff officers and field commanders. He therefore commended them while asking that they redouble their efforts towards making further progress. He seized the opportunity to announce that a special operation code named “Op RUWAN WUTA”, had commenced in the North East. The operation is aimed at further degrading the capability of remnants of Boko Haram Terrorists and routing out criminal elements in the North East from their hideouts. Before the commencement of the meeting, a minute’s silence was observed in honour of the late Instructor Pilot, Group Captain Adanu Gabriel Ochai, who died on 24 August 2017 in Kaduna while on an official mission.OLATOKUNBO ADESANYA Air Commodore Director of Public Relations and Information Nigerian Air Force