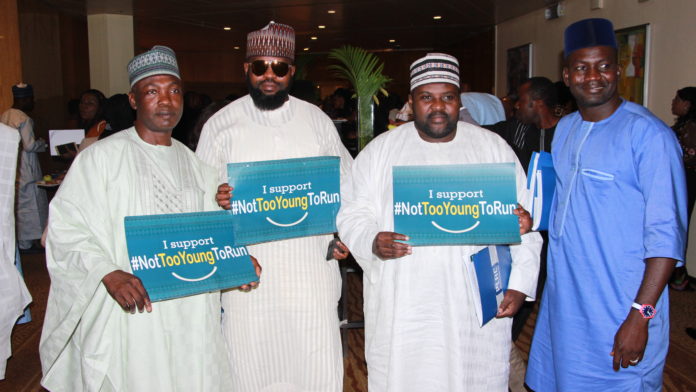 Alhaji Ismaila Kamba, the Chairman of the conference, in his opening remarks stated that in adopting the constitution amendment, State Assemblies would focus on the yearning and aspirations of Nigerians.

The #NotTooYoungToRun bill is reportedly transmitted to the State Houses of Assembly for approval. For it to become law, as stipulated in section 9 (3) of the 1999 Constitution as amended, two-third (24) State Houses of Assembly will need to vote for it. We urge young people across the country to engage their State lawmakers to vote in support of the #NotTooYountgToRun bill.

The #NotTooYoungToRun bill seeks to alter Sections 65, 106, 131, and 177 of the 1999 Constitution of the Federal Republic of Nigeria (as amended) to reduce the age of qualification for the office of the President, Governor, and House of Representatives from 40 to 35, 35 to 30, and 30 to 25 respectively. The reduction will take the age of candidacy State Houses of Assembly from 30 to 25.  The Bills sponsored by Hon. Tony Nwulu, member representing Oshodi/Isolo constituency and Sen. Abdul-Aziz Nyako also seeks to mainstream independent candidacy into Nigeria’s electoral process.

On 26 July 2017 the Senate passed the #NotTooYoungToRun bill in the National Assembly, with an overwhelming majority (86-10) and on 27 July 2017 the bill was passed, again by a large majority (261-23), in the House of Representatives.