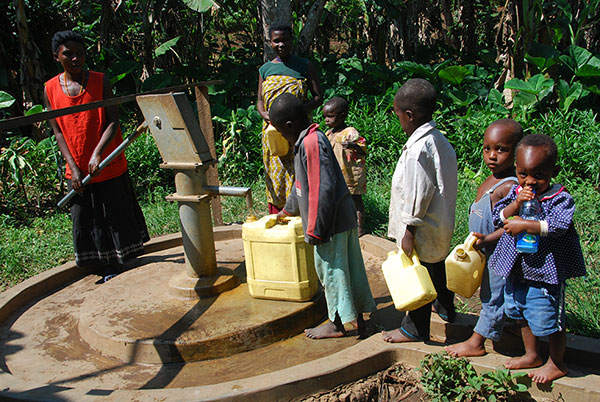 The Federal Government on Monday 23rd October, 2017 signed a Memorandum of Understanding （MoU) with the Katsina State Government for the completion of Zobe Regional Water Supply Project which was abandoned many years ago.

The Zobe Water Supply Project was first awarded in 1992 and abandoned by previous governments. The project when completed would serve Katsina, Dutsin-ma, Kankia, Kurfi, Kafin-Soli, Karofi and environs.

With the determination to complete all abandoned water projects, the Federal Ministry of Water Resources has revisited the Zobe project.  In order to elicit the commitment of Katsina State Government, Federal Government through Ministry of Water Resources signed an MoU with the state in order to ensure synergy and a speedy completion of the project.

“The parties have also agreed that the Katsina State Government shall take over the execution and funding of Phase 1b works of the project, which would involve essentially the distribution from Dutsinma hill tank to Karofi, Kafin Soli, Radda, Kankia and Charanchi”, he explained.

Adamu reiterated Federal Government’s commitment in addressing urban water supply challenges by collaborating with the states. “Due to the huge capital required for the development of water infrastructure, the Federal Government is ready to synergize with states in order to improve the current state of water supply in the country”.

Responding, the Katsina State Government represented by the Deputy Governor, Mannir Yakubu said that the state has demonstrated a strong political will by signing the MoU with the Federal Government.

He said that the present administration of Aminu Bello Masari placed a lot of priority on water projects. He thanked the Federal Government on its intervention on water projects in the state. He added that the state would pay its 3billion naira counterpart funds in the agreement.

Earlier while in the state, the Minister inspected Sabke, Dutsi and Mashi water supply schemes. The construction works of these schemes were awarded on 9th February, 2017, and work is in progress.

The Honourable Minister assured the State Government that the projects would start supplying water to the communities before the end of 2017.

“The construction works of Dutsi and Mashi Water Supply projects are pratically completed and are now being test run”, he said.