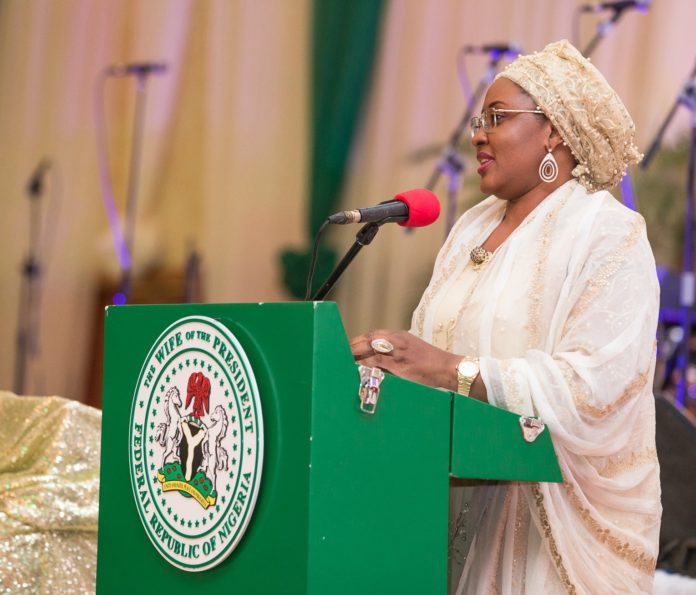 Rampant Violence Against Women Condemned
Participants at a Workshop on War against Abuse in Nigeria have condemned the rampant cases of abuse and violence against women, children and other vulnerable members of the society.
This position was contained in the communique of the workshop, which was organized by Wife of the President, Mrs. Aisha Muhammadu Buhari through the Future Assured programme. The Workshop held in collaboration with United Nations Population Fund (UNFPA), on Saturday, 16th December, 2017.
The workshop, also observed that the abuses are usually perpetrated by people who are close to or trusted by the victims, and urged a united front to fight the scourge. The workshop called for appropriate rehabilitative measures to victims for proper integration and empowerment.
Participants also agreed on the need to encourage victims and whistleblowers to speak up and not succumb to intimidation and bribery from perpetrators, while law enforcement agencies were encouraged to go after abusers no matter how highly placed.
Laws having to do with abuse were also brought to the spotlight by the participants as the need to strengthen and fine-tune them was raised. This, it is believed, will cater for contemporary forms of abuse not captured by existing laws. States were also encouraged to domesticate such laws.
The workshop was convened by Wife of the President, Mrs. Aisha Muhammadu Buhari and declared open by the Vice President, Prof. Yemi Osinbajo. It was graced by the Wife of the President of the Republic of Niger, Dr. Lalla Malika Issoufou, Wife of the Vice President, Mrs. Dolapo Osinbajo and many other dignitaries.
Suleiman Haruna
Director of Information
to Wife of the President
State House
Abuja
December 18, 2017
………………………………………