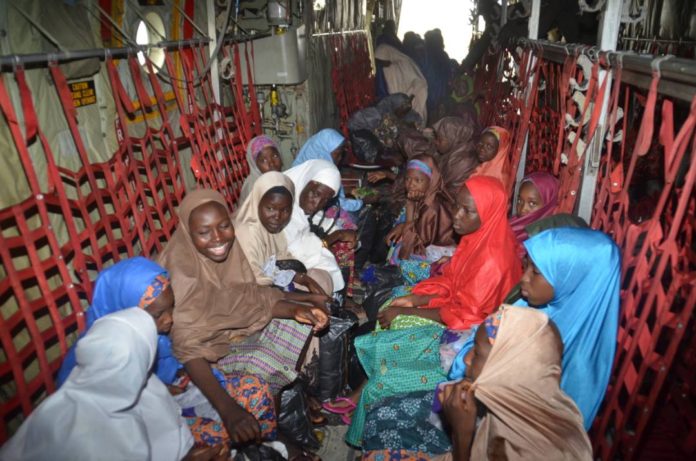 Air Force (NAF) C-130 Hercules Aircraft today, 25 March 2018, airlifted the Dapchi girls back to Maiduguri from where they would be transported to Dapchi, under armed air escort, to reunite with their families. The return of the girls to their community took place after President Muhammadu Buhari and other top Government officials had received them at the Government House in Abuja on 23 March 2018. All the girls, including a boy and 3 teachers from the girls’ school were seen boarding the aircraft.

It would be recalled that after their release by the Boko Haram Terrorists on Wednesday, 21 March 2018, personnel of the Air Task Force of Operation LAFIYA DOLE as well as other officers of the Theatre Command received the girls at the NAF Base Maiduguri. At the NAF Base, personnel of the Air Task Force were already waiting to give refreshments to the girls. After the refreshments, the girls were airlifted aboard a NAF C-130 Hercules Aircraft to Abuja, where senior Government officials received them.

Director of Public Relations and Information