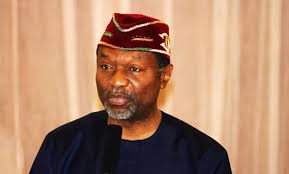 The Minister of Budget and National Planning, Senator Udoma Udo Udoma, on Thursday in Brussels, Belgium, called for improved private sector investment in Nigeria by European businesses, saying that the country’s investment climate is now very attractive and conducive.

Senator Udoma who was on the panel that discussed ‘Delivering Jobs, Growth and Global Competitiveness’ at the on-going High-Level Conference on Jobs and Growth in West Africa, taking place in Brussels, said the  Buhari administration has taken steps to improve the business climate in Nigeria and the country’s business outlook for 2018 and in the medium-term is very positive.

The main objective of the conference was for the European Union to formally present to the West African sub region the European Investment Plan (EIP) as a tool for driving investment and inclusive economic growth in West Africa.

Other members of the panel were Mrs. Marie-Laure Akin-Olugbade of the African Development Bank; Mr. Mamadou Traore of the ECOWAS Commission; Mr. Abdoulaye Fall of ECOWAS Bank for Investment and Development; and Mr. Stefano Manservisi, the Director General for International Cooperation and Development of the European Commission.

Senator Udoma told the gathering that Nigeria is open for business because the current administration in the country has taken steps to improve the business climate by initiating reforms aimed at stabilizing the macro-economic environment, improving infrastructure and removing impediments that hitherto constrained business development in the country.

While making a presentation on Nigeria’s ‘Economic Recovery and Growth Plan (ERGP), the Minister explained that the Plan has three strategic objectives of restoring and sustaining growth, investing in the people and building a competitive economy. He stressed on government’s determination to deliver on these objectives as it is aiming to achieve sustained inclusive growth and attaining at least a 7% GDP growth rate by 2020.

With the implementation of some of the Plan’s reform initiatives like the establishment of the Nigerian Industrial Policy and Competitiveness Advisory Council and the setting up of the Presidential Enabling Business Environment Council (PEBEC), the Minister said it has become much easier now to register and establish business in Nigeria; and there are positive signs already that the reforms are working.

Sharing experience on the administration’s poverty alleviation and job creation programmes through the Social Investment Program (SIP), Government Entrepreneurship and Empowerment Programme (GEEP) as well as the Industrial Revolution Plan, he said government has not only created a platform for skills acquisition but has laid a foundation for youth entrepreneurship and employment generation.

He also mentioned the just concluded ERGP Focus Labs as one of the initiatives to fast-track the realization of the ERGP objectives. The labs, he explained, brought together all stakeholders to identify bureaucratic bottlenecks impacting investment projects in Nigeria and in the process generated ideas and resources to solve them. It is one of the major initiatives under the ERGP meant to attract investment, create jobs and grow the economy, he added.

The Minister said the initial labs, which ran for six weeks between March and April, identified over $22 billion worth of potential investments, with $10.9billion of those Investments categorised as ‘most ready to go’. Cumulative investments that could be generated from the labs could rise to $39.2 billion by 2025 with effective implementation.

Investments identified in the labs, he pointed out, could be realized within the next two years as impediments to the proposals have been discussed and strategies to eliminate them are currently being developed.